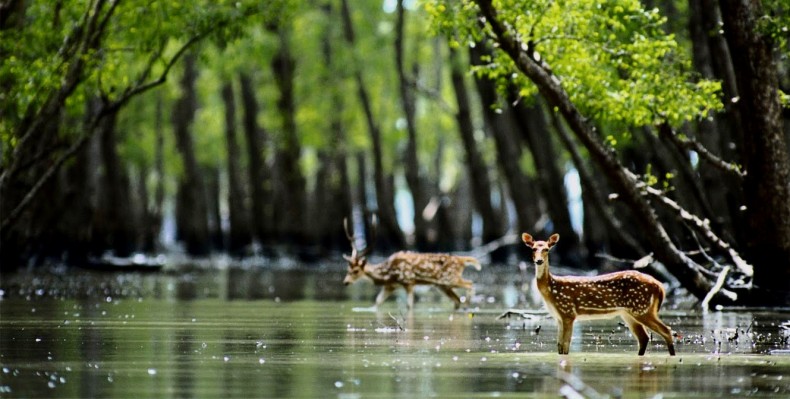 Mangrove forests perform a variety of vital functions, yet they are getting lost at a steady pace across Southeast Asia, including Malaysia. Photo Credit: You Tube

First came the findings, now come the quibbles. The findings: Daniel R. Richards and Daniel Friess, two geographers from Britain’s University of Sheffield and Singapore’s National University, respectively, argue in a recently published paper that the primary driver of mangrove forest destruction in Malaysia has been extensive deforestation by palm oil cultivation. The quibbles: Local palm oil cultivators will have none of it.

In their paper, “Rates and drivers of mangrove deforestation in South-East Asia, 2000-2012,” which was published in the Proceedings of the National Academy of Sciences in January, Richards and Freiss write that during those 12 years they surveyed, much of the deforestation of Malaysia’s mangrove forests were a direct result of local palm oil cultivation. The researchers say they have found that mangrove forests disappeared at a rate of 0.18% each year on average across South-East Asia, translating to a total of 100,000 hectares between 2000 and 2012.

That rate is lower than previous estimates, but considering that mangrove forests support unique ecosystems, help cleanse seawater of waste, and act as natural barriers against storms and floods, any significant loss to them can have dire long-term consequences. While across the region aquaculture and farming were behind more than half (52%) of the overall mangrove forest loss, in Malaysia and Indonesia palm oil cultivation contributed another 16% to the regional total. In Malaysia, 38% of the mangrove forest loss between 2000 and 2012 was due to palm oil plantations, primarily in Sabah and Sarawak, according to the researchers. 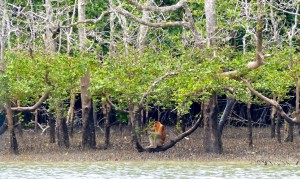 Malaysian palm oil producers disagree with that assessment. They insist that mangrove swamps are unsuitable environments for palm oil cultivation so local producers would have little reason to clear them and convert the land into plantations. “It is not economically viable to convert mangrove forest into oil palm plantations,” M.R. Chandran, an industry specialist, stressed. “Mangroves, by nature, have a very high water table. And that would kill the oil palms. To plant them there, you would have to drain the soil. And you can’t do that because mangroves are at sea level.”

He added: “You have to remember that when you plant oil palms, you have them there for 25 years. And to cultivate oil palms in a mangrove environment over all that time does not make economic sense. One will have to spend a fortune building a bund to keep out salt water. It would be very costly.”

That explanation will not wash with Richards. He insists that based on satellite images, Malaysian palm oil cultivators convert mangrove forests on seashores first by cutting landward patches of them off the sea with dykes and then by draining them. “We are very keen to work with oil palm companies to understand the challenges of establishing plantations on mangrove areas and the reasons for doing so,” he said.

Back to Chandran. He says the more likely culprits for the loss of Malaysia’s mangroves were illegal loggers. Some forestry specialists agree and they likewise see shrinking mangrove forests as the work of illegal loggers. At the end of the day, who is responsible matters less than that large swathes of mangrove forests are now gone. And that is a problem that will need to be tackled.