Plastic Waste May Have Killed a Whale 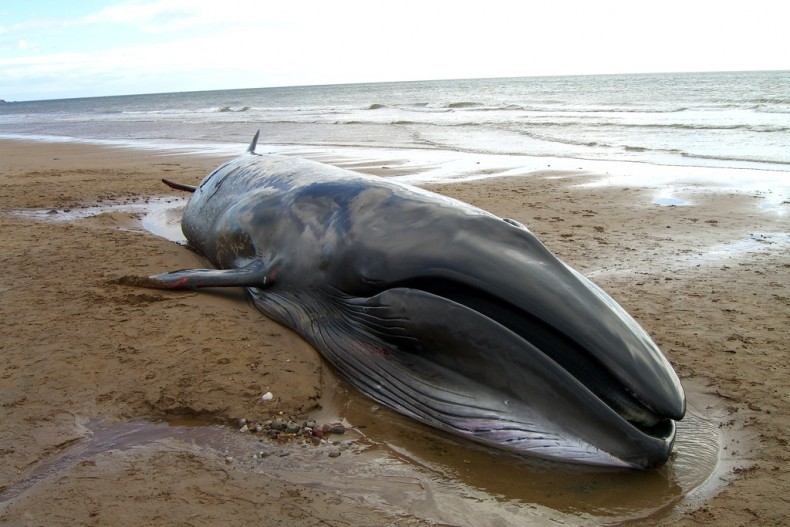 A sei whale lies helplessly on a beach. The giant marine mammals are are risk of swallowing large quantities of plastic debris. Photo Credit:Toxic Web via Flickr

Take a stroll along any beach at low tide around Malaysia, and you’re bound to encounter a familiar sight: littering your path is flotsam and jetsam, much of which is plastic rubbish thrown on the beach or washed up on it. It’s unsightly, yes, but plastic waste can also kill. In fact, it may just have killed a whale.

A baleen whale (Balaenoptera borealis) was found dead on the beach in Sungai Sarang Buaya, near Batu Pahat, in Johor. Its intestines, inspection revealed, contained small pieces of plastic trash. Albeit it is uncertain that the plastic trash that the animal had swallowed accidentally was the main cause of its death, it could very well have contributed to its demise: the marine mammal’s internal organs were badly damaged, according to a local official. A few days prior, the male sei whale, which was 12 meters long and weighed 15 tons, was sighted at Pantai Rambah, in Pontian, where it had beached itself. Volunteers towed it back out to sea, but the whale, which was probably in distress, beached itself again in shallow waters at Sungai Sarang Buaya and died there. 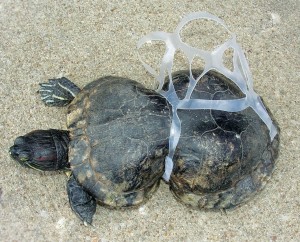 A sea turtle caught in plastic when it was young has had its shell deformed over time with increasing risk to its internal organs. Photo Credit: Wikimedia Commons

Sei whales feed on krill, zooplankton and copepods, of which fully grown individuals consume around 900 kilograms a day. As they feed with their giant mouths wide open, baleen whales are at risk of swallowing large quantities of plastic debris that is floating in the seas and oceans. Over the past two decades, hundreds of cases have been documented worldwide of cetaceans (which include whales, dolphins and porpoises) that have been sickened, incapacitated or killed by plastic litter. Many of them perished from indigestion.

In 2008, a 15 meter-long sperm whale was found stranded on the coast of California, in the United States, with 205 kilos of fish nets and other synthetic debris in its intestines and stomach, which had been ruptured. Another whale found nearby had a large plug of wadded plastic blocking its digestive tract, which had been causing it to starve slowly to death.

The vast amounts of plastic debris floating in the world’s oceans pose a clear and present danger to cetaceans, other marine mammals like seals, marine reptiles like turtles and aquatic birds like seagulls. They might choke on it, suffer intestinal trauma by swallowing it, or else get entangled in it and drown. Think about that next time you feel like dumping a plastic bag or bottle into a river or a sea.