Fire Tears through a Sarawak Forest. Time to Worry 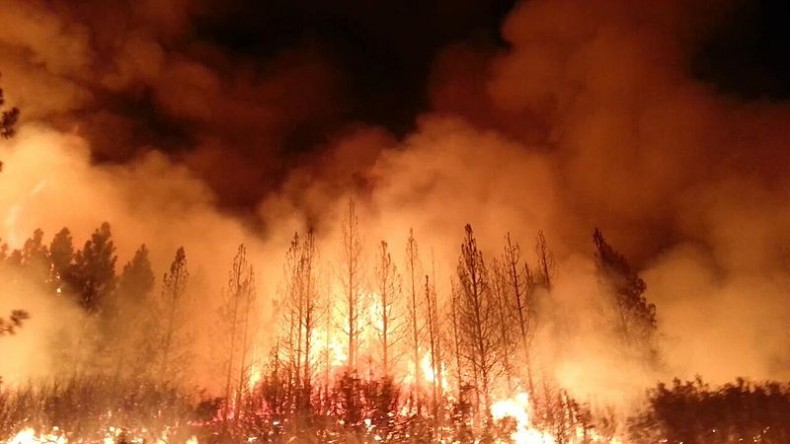 Forest fires can burn trees like matchwood and destroy natural environments in the blink of an eye. Photo Credit: Pixabay

Here we go again: yet another forest fire. A flash fire that started on February 21 in Sarawak devastated at least 200 hectares of forest in the northern part of the state within the space of a single day. The flames, which continue to rage, have already destroyed precious natural resources, threatened the lives of endangered species, and spewed noxious fumes into the atmosphere.

At one point, an air pollutant index reading at the nearby coastal town of Miri lurched up to over 300 parts per million, a rate that is considered a health hazard. And worse is likely yet to come. Local officials say the situation is “quite bad” and they expect the fire to rage on for at least a week. Investigators suspect arson, and fire fighters are scrambling to contain the flames.

Forest fires, most of which are set in neighboring Indonesia, have become so routine that they are an inevitable part of life for many people in Malaysia and Singapore. Last year alone, tens of thousands of hectares of forest were deliberately burned down in Indonesia, especially in Sumatra and Kalimantan, by farmers who wanted to clear forests so that they could cultivate palm oil and other crops in their place. The damage to the environment from such fires is incalculable.

Meanwhile, a haze of noxious fumes routinely envelopes large swathes of Malaysia for months on end, and numerous people end up suffering from respiratory illnesses. In Indonesia last year, 43 million people were forced to inhale toxic fumes for prolonged periods. Authorities in large parts of Indonesia had to declare a state of emergency for weeks on end. Sutopo Puro Nugroho, a spokesperson for the Meteorology, Climatology and Geophysics Agency, declared the forest fires to be “a crime against humanity of extraordinary proportions.”

They are also a crime against nature of equally epic proportions. Even if left alone after fires have torn through them, natural forests can take long years, and often decades, to regenerate. And needless to say, burnt-down forests are rarely left alone; instead, they are taken over for plantations that rob local flora and fauna of any chance to recover.