Here’s a Thought: Biodegradable Water Bottles … made from Algae 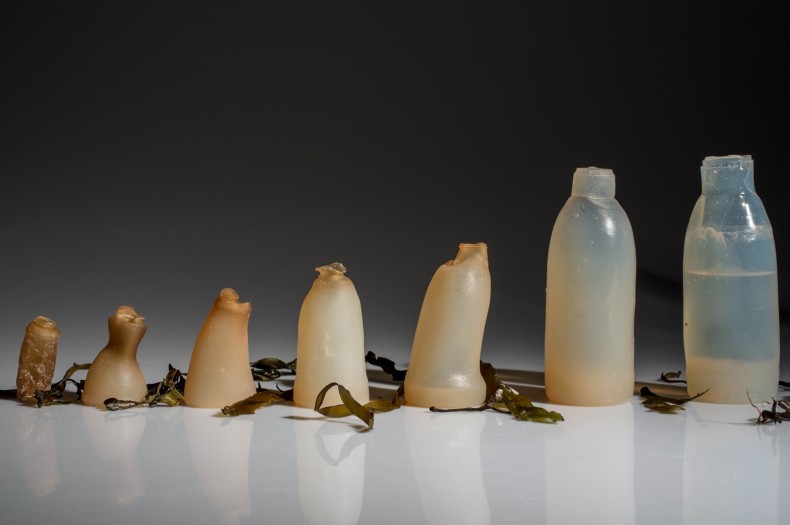 Plastic water bottles are a curse. We use them once or twice, then chuck them out, only for the vast majority of them to wind up in landfills or floating around in the oceans. There, they can take hundreds, if not thousands, of years to degrade. Around Malaysia, plastic water bottles are regularly discarded without much thought, ending up at roadsides,  in public parks, on forest trails and beaches in unsightly tableaux of trash-strewn still life.

But what if they were made of material that decomposed on its own so that the bottles would simply disappear, and fast? Wouldn’t that be cool and great for the environment?

Enter Ari Jónsson, a product design student in Iceland. His solution to the problem of non-biodegradable plastic drinking bottles: biodegradable ones made from algae. Jónsson, who studies at the Iceland Academy of the Arts, has combined a powdered form of agar, a substance made from red algae, with water to fashion a new biodegradable bottle. 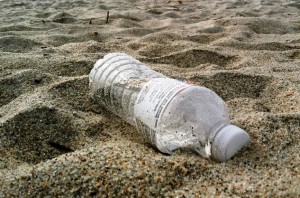 When water is added to agar powder, the result is a jelly-like material that can then be shaped into a bottle with a mould while being cooled into a solid in a refrigerator. As long as it is filled with water, the bottle keeps its shape; as soon as it’s empty, however, it will begin to decompose on its own. Either that, or the substance can be reheated into a jelly and made into a brand-new bottle.

“I read that 50% of plastic is used once and then thrown away so I feel there is an urgent need to find ways to replace some of the unreal amount of plastic we make, use and throw away each day,” Jónsson said in an interview. “Why are we using materials that take hundreds of years to break down in nature to drink from once and then throw away?”

Why indeed? Water stored in his bottle, which is made entirely from natural materials, is safe to drink, albeit it might over time develop a slight salty taste from its agar. Better yet: you can even eat the bottle after you have finished drinking from it. “I could say it’s like seaweed jello, but I don’t think many people have tasted something like that,” Jónsson commented.

On the downside, the student’s invention is unlikely to go into mass production any time soon. Agar tears rather too easily, which isn’t what you want in a bottle, he explains. Inventions like his, however, can point the way forward in coming up with far better solutions to the problems posed by traditional plastic containers. “I can’t claim that this is the perfect solution for our problem with plastic bottles,” Jónsson said. “But it’s a start and an idea that hopefully helps us to look at new ways to solve the problem,” he added. “Switching to reusable bottles is also great, but that will have its pros and cons, just like my project, the more ways we can tackle this issue the better.”