Goats are just as ‘Smart as Dogs’ 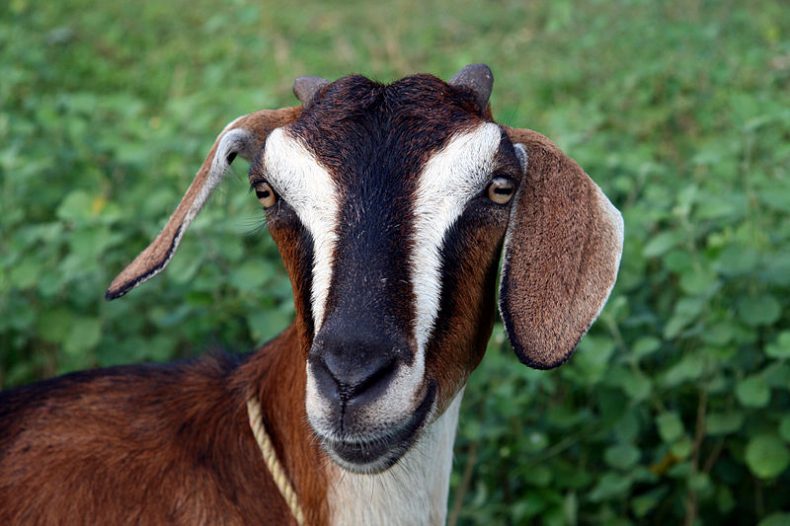 Time to put another old animal stereotype to rest. Namely the one that has it that goats are silly animals. Many people will even see goats as dumb, but how wrong they are.

Goats aren’t dumb at all. Not only can they bond with their human owners but they are also good at interspecies communication. So say British researchers from the Queen Mary University of London. The scientists trained 34 goats to remove a lid from a box in exchange for a reward within. In the final test, however, they made the reward impossible for the goat to retrieve.

Their finding: the goats sought to gather clues from their human companions about how to receive the inaccessible reward. “Goats gaze at humans in the same way as dogs do when asking for a treat that is out of reach, for example,” explains Christian Nawroth, the project’s lead researcher. “Our results provide strong evidence for complex communication directed at humans in a species that was domesticated primarily for agricultural production, and show similarities with animals bred to become pets or working animals, such as dogs and horses.”

Goats were domesticated about 10,000 years ago and, in the intervening time since, they have evolved a capacity to perceive clues from humans. Up until now, however, scientists have assumed that only companion animals and pets like cats and dogs are intelligent enough to truly bond with us. Not so. During previous experiments, Nawroth and his team also demonstrated that the intelligence of goats rivals that of dogs. Goats could detect whether there was a treat in one cup or not and deduce from that whether there was a treat in another cup.

“From our earlier research, we already know that goats are smarter than their reputation suggests, but these results show how they can communicate and interact with their human handlers even though they were not domesticated as pets or working animals,” says lead author Alan McElligott, from the university’s Department of Biological and Experimental Psychology.

Why should we care? you might wonder. For several reasons. For one thing, the fact that goats are far more sentient than we had thought means that they deserve much better care. They should not just be treated as mindless brutes whose only purpose is to provide us with milk and meat. For another, we need to realize that animals, be they domesticated or wild, can be far more emotionally and mentally complex creatures than we might think. We should treat them all accordingly, with all the respect, care and attention they deserve.