A Proboscis Monkey is saved in Sibu 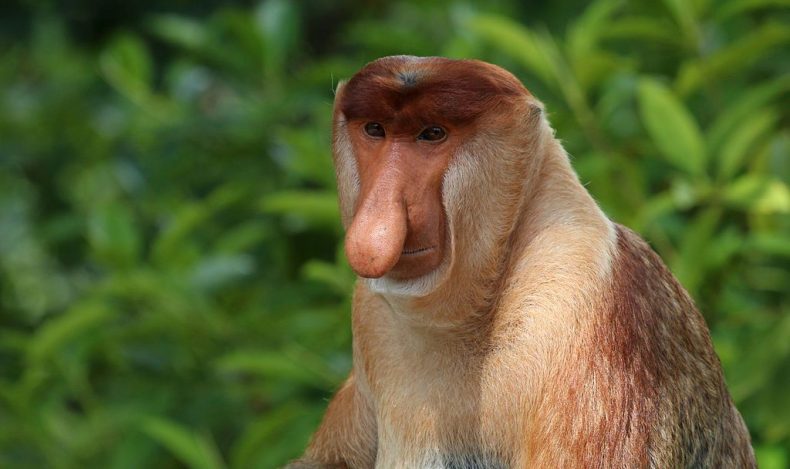 There he sat, the young proboscis monkey, on the veranda of a home in Sungai Mera in Sibu, Sarawak. Luckily the animal did not have to languish there for long. A local resident alerted officials who came to save the monkey from potential harm in the residential area. 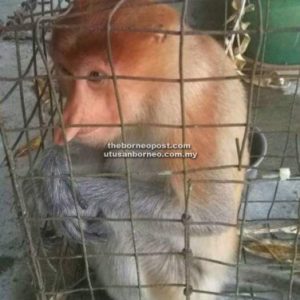 A young proboscis monkey has safely been taken from a residential area in Sibu. Photo Credit: Borneo Post

“The monkey looks tame. We believe it had been illegally held captive and the young long-nosed creature could have escaped, ending up in Sungai Merah. We had no problem in the rescue, as the monkey was not aggressive,” a member of the local Civil Defense Force told the Borneo Post. The captive primate has been handed over to the Swift Wildlife Action Team of Sarawak’s Forestry Department for rehoming.

Proboscis monkeys (Nasalis larvatus) are listed as endangered. With their populations having halved in the wild over the past four decades, only about 1,000 proboscis monkeys remain in Borneo. They have lost out to extensive deforestation and rampant poaching alike. Needless to say, these unique and endangered animals do not belong in people’s homes; they belong in the wild.

Proboscis monkeys, which are endemic to Borneo,  are among the world’s most flamboyant monkeys, thanks to their cartoonish features with long nasal appendages that can grow to 18cm long. The monkeys, which can weigh up to 25kg, inhabit swamplands and the lower elevations of forests near rivers and other sources of water. They are relatively good swimmers and issue loud calls to one another with help of their elongated noses.

Unfortunately, their unique features also make these primates a big draw for some exotic animal enthusiasts who might want to keep them as pets. Luckily, things have ended well for the forlorn monkey in Sibu, but we will need to remain vigilant to ensure that no other proboscis monkeys remain in captivity.