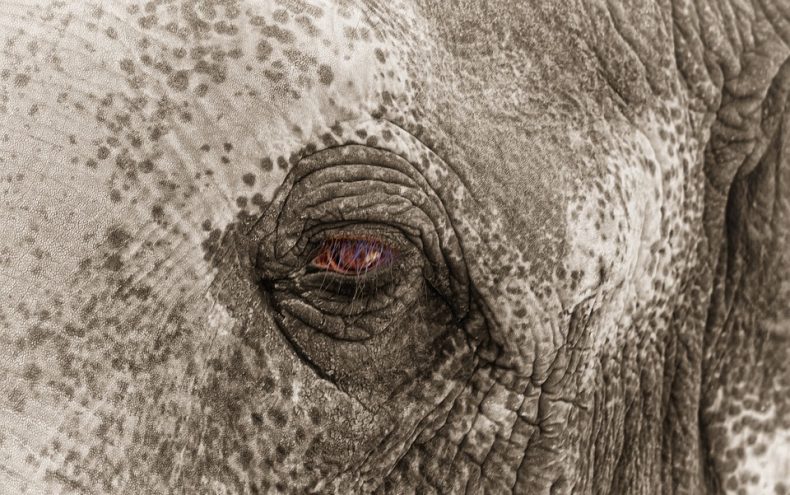 The death of seven wild elephants in a tragedy in Sabah has dealt a blow to local conservation efforts. Photo Credit: Pixabay

Losing one wild elephant is bad enough. Losing seven is absolutely tragic. Yet that is the number of wild Bornean pygmy elephants that died recently at an abandoned quarry in southern Kalabakan after being stuck in mud for more than a week. The pachyderms succumbed to dehydration, stress and hunger.

Five of the elephants, which belonged to a herd of nine were already dead when a passersby who came upon the scene alerted local authorities. Two more pachyderms, which officials deemed to be beyond saving, had to be euthanized. Wildlife rangers did manage to rescue the remaining two, which scampered back into an adjacent forest. Among the dead were a juvenile and two newborn jumbos.

The herd of elephants had probably gone into the mud pool to bathe and cool down, but “They probably underestimated the depth and the quicksand-like consistency of the mud and could not come out,” noted Augustine Tuuga, director of the Sabah Wildlife Department. It is also possible that some of the elephants might have been stuck after wading in to try and save their distressed mates. “[W]e know that elephants are empathetic creatures,” he added. “The others could have fallen in when trying to save their friends.”

Augustine ruled out foul play in the mass death of the jumbos, but Andrew Sebastian, CEO of the Ecotourism and Conservation Society Malaysia, has raised some doubts. “You can run a postmortem and say that they drowned, but how they got there and the fact that they were left there for over a week is very suspicious,” he noted. “These are large animals and it takes them very long to die,” Sebastian added. “Just to imagine the pain and suffering they had to endure makes me angry.” 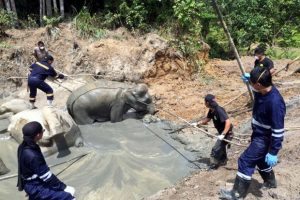 The death of almost an entire herd of elephants has dealt a blow to conservation efforts in Sabah. There might be as only few as 1,500 wild elephants left in the state and even these are facing constant threats from deforestation and poachers. They may also be killed in conflicts with local people, who may retaliate against elephants for destroying their crops and plantations. In 2013 an entire herd of 14 elephants was found poisoned in Sabah’s Gunung Rara Forest Reserve.

The seven elephants in Sabah perished near the Maliau Basin Conservation Area, which indicates that not even in protected areas are they safe from harm. “Sabah’s protected areas are wildlife havens,” noted Dr John Tay, a conservationist at WWF-Malaysia. “If steps are not taken to prevent this tragedy from recurring, we may find other wildlife species falling victim as well.”

The elephants had not been collared for tracking by conservationists who often keep tabs on wild pachyderms so as to study their movements and establish their natural ranges. “We are quite concerned to find out that this tragedy happened quite close to priority conservation areas such as Maliau Basin Con­servation Area which is a totally protected area,” Tay added.

“Let this latest tragedy be a wake-up call to all humans to exercise their conscience and do more to protect wildlife sharing our planet and assist in conservation efforts,” wildlife director Augustine Tuuga said. “Do not allow more wildlife tragedies because of human neglect and callousness.”

We certainly second that.