The Arctic is in Meltdown 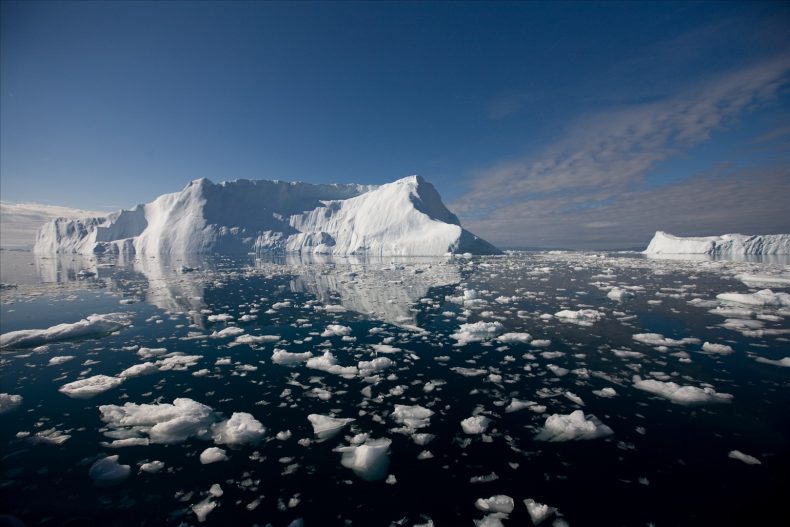 That ice sheets at the Arctic have been melting rapidly as a result of global warming we have long known. Here’s something that may come as a surprise, though: the effects of that melting ice will be felt as far away as the Indian Ocean in what may yet become uncontrollable climate change around the planet.

According to the Artic Resilience Report, temperatures are “off the charts,” being as they are about 20 degrees Celsius above what would be normal at this time of year. “It’s been about 20C warmer than normal over most of the Arctic Ocean, along with cold anomalies of about the same magnitude over north-central Asia. This is unprecedented for November,” said research professor Jennifer Francis of Rutgers University.

The extent of sea ice has also been at an alarmingly low level. “The warning signals are getting louder,” warned Marcus Carson, one of the lead authors of the report from the Stockholm Environment Institute. These developments could unleash a series of negative feedback loops by triggering a cascade of environmental developments that could throw most of the world’s ecosystems out of sync.

Effect 1: Warmer temperatures could boost excessive growth in vegetation on the tundra, which may sound like a positive development but it isn’t. That is because darker vegetation would take over from snow and ice, both of which serve vital functions by reflecting sunrays back into space. The same development would take place on the sea where darker areas of newly iceless areas would do the same.

Effect 2: The thawing of the permafrost in the tundra as a result of consistently subzero temperatures would help release more and more methane gas currently locked safely underground, a development that would contribute even more to the greenhouse effect.

Effect 3: Shifts in the distribution of snow in the Artic would change current climate patterns with repercussions reaching as far away as South and Southeast Asia, where the monsoon could be affected during a series of knock-on effects worldwide. “These are very serious problems, very serious changes are happening, but they are still poorly understood. We need more research to understand them,” the scientist said.

The Arctic ice cap helps cool sea and air temperatures because it reflects plenty of the sun’s radiation back into space. As a result, it serves to cool winds and ocean currents and thus play a vital part in the global climate system.

Climate change, it seems, may be happening a lot faster than we have thought with dire consequences for weather patterns around the planet. As matters stand, things are set to get worse and worse unless we act fast and decisively to rein in our carbon emissions drastically so that the planet can start to heal itself.