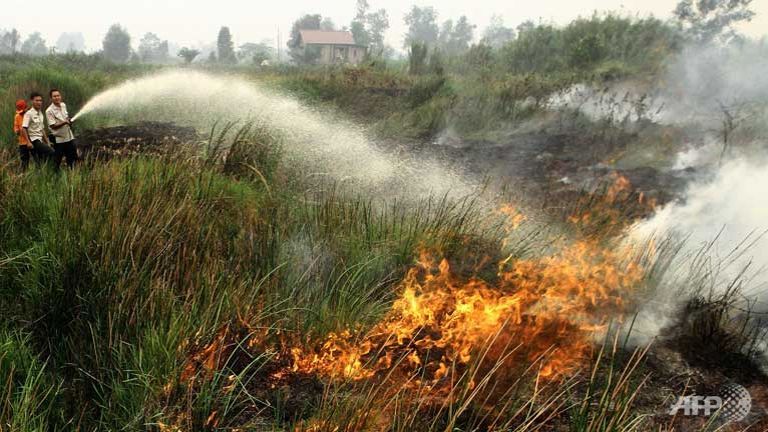 They’ve had enough and set out to stop it. “They”: an alliance of farmers, citizens, environmentalists and agriculture companies. “It”: the periodic haze caused by the widespread burning of trees, shrubs and other vegetation in Indonesia.

The Fire-Free Alliance, which was set up a year ago in the wake of a massive haze in 2015, seeks to prevent blazing fires through community engagement. The civil society initiative wants to convince farmers, smallholders and large companies alike to put an end once and for all to land clearing by fire in southern Kalimantan and western Sumatra, which are home to most of Indonesia’s palm oil plantations and pulpwood businesses.

“We collaborate to share information, knowledge and resources to achieve the most economically efficient lasting solutions that would lead to a fire and haze-free Indonesia,” the group explains on its website. “Our programs include no burn rewards, crew leaders, agricultural assistance, awareness programs and monitoring of fires and smoke.” 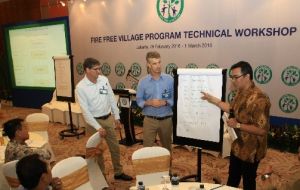 In other words, the alliance has set out to tackle the root causes of forest fires. It wants to deal with those causes through educating villagers, farmers and local businesses about the environmental hazards of burning trees and other vegetation. Working in tandem with local officials, the group has also helped lean on forestry companies to assist villagers in shifting to a type of farming that does not involve land clearing by fire.

The alliance says its forest fire prevention outreach program already operates in 218 villages across Indonesia and covers more than 1.5 million hectares of land in total. In the Sumatran provinces of Riau and Jambi, both of which have experienced massive, environmentally devastating land clearings by burning vegetation, the grassroots initiative managed to halve fires in nine villages, according to its report. Last year just 7 hectares from 307,000 hectares of forest caught fire, which was exactly half of how much forest was destroyed by fire in 2015.

Needless to say, it’s very much in the interest of Indonesia to tackle the rampant fires that often rage on unstoppably and end up devastating large swathes of forest across several fire-prone provinces each year. In 2015, extensive fires generated massive haze that covered neighboring Singapore and much of Malaysia for weeks on end. Indonesia lost 2.6 million hectares to forest fires that year. According to the World Bank, the resultant haze cost Indonesia’s economy a staggering $16 billion (MR71 billion), which accounted for almost 2% of the country’s GDP.