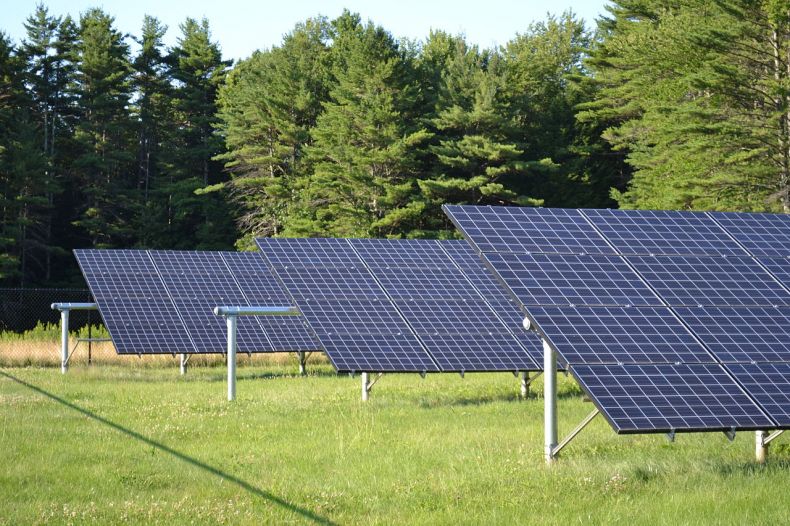 Solar panels can now be made to blend better into natural environments. Photo Credit: Wikimedia Commons

Solar panels are mainstays of renewable energy and for good reason. By converting the sun’s rays into energy, they can serve as a clean and green source of inexhaustible power. There’s a bit of a problem, though: solar panels tend to be unsightly. They hardly blend into their natural surrounds and so many people continue to shun them.

But what if we could turn them green? Literally green.

A team of researchers in the Netherlands have done just that. They have devised a method for imprinting solar panels with silicon nanopatterns that scatter green light back at you from almost any angle you look at them. The method is known as soft-imprint lithography, “which works somewhat like an optical rubber stamp to imprint a dense array of silicon nanocylinders onto the cell surfaces,” the researchers explain. 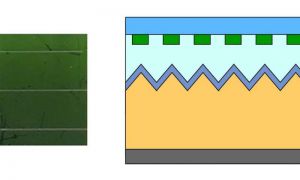 “Each nanocylinder is about 100 nanometers wide and exhibits an electromagnetic resonance that scatters a particular wavelength of light,” they add. “The geometry of the nanocylinder determines which wavelength it scatters and can be fine-tuned to change the color of the solar cell. The imprint reduces the solar panel’s efficiency by about 2 percent.”

There’s a  downside, however. While they may look prettier in color, these modified panels are slightly less efficient at absorbing sunrays. Whereas unmodified solar panels already boast a more than 20% efficiency of turning sunshine into useable energy, dyes and reflective coatings reduce that efficiency.

“Some people say ‘why would you make solar cells less efficient?’ But we can make solar cells beautiful without losing too much efficiency,” said Verena Neder, the lead author of a new study on the process published in Applied Physics Letters. “The new method to change the color of the panels is not only easy to apply but also attractive as an architectural design element and has the potential to widen their use.”

Even if some efficiency is lost, improved aesthetics may well be seen as a plus by many companies and homeowners.