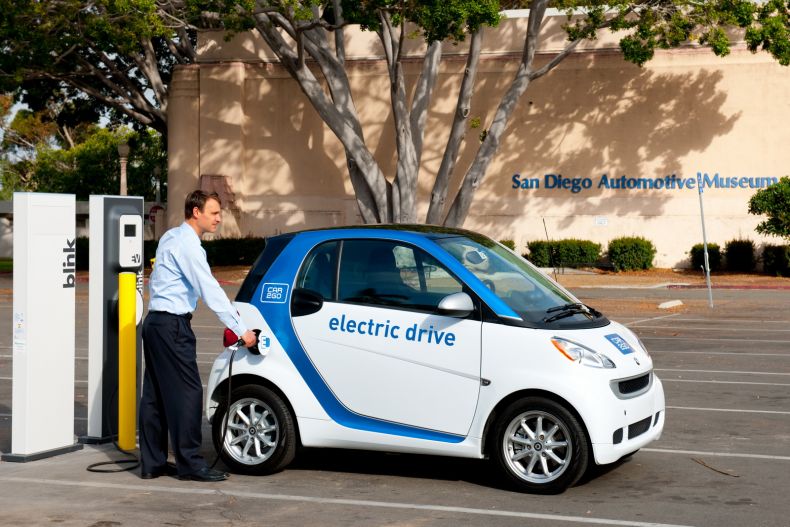 Malaysian cities are chockfull of cars. They cause plenty of traffic congestion and, worse, pollute the air. The country has one of the world’s highest per capita rates of car ownership and weaning citizens off the habit of driving around might be a Sisyphean task. So what’s the solution?

One solution involves electric car-sharing schemes, whereby small custom-built electric cars can be picked up and dropped off by residents. Singapore is about to launch just such a scheme in December. In the city state citizens will be able to book one of 80 new electric cars online and via smartphone apps. They can then drive around in one of these cars and park it at one of several appointed places once they are done. A network of 30 charging stations with 120 charging points will assist them in making sure the cars can stay in service.

“We’re committed to making Singapore the second-largest electric vehicle car-sharing service worldwide, after Paris,” said Marie Bollore, managing director of Blue Solutions, the company behind the scheme. By 2020 the city state will have as many as 1,000 electric vehicles for car-sharing purposes, in addition to 500 charging stations with 2,000 charging points.

Such schemes are already taking off in several European cities, including Paris in France and Amsterdam in the Netherlands, where electric vehicles are fast gaining a larger market share. Last year 6.4% of all new cars sold in the Netherlands were electric. At the moment some 114,000 hybrid and battery-powered electric cars ply the roads of the country, which makes the small nation the fifth largest market for electric cars after China, the US, Japan and Norway.

Time for Malaysian cities, especially Kuala Lumpur, to follow suit on a much wider scale? Certainly. Malaysia has taken similar steps in electric car-sharing with a smaller fleet in locations around the Klang Valley, although the vehicles aren’t free and need to be rented for a fee. Car-sharing can go a long way towards reducing traffic congestion and air pollution in cities, both of which are acute problems in the country.