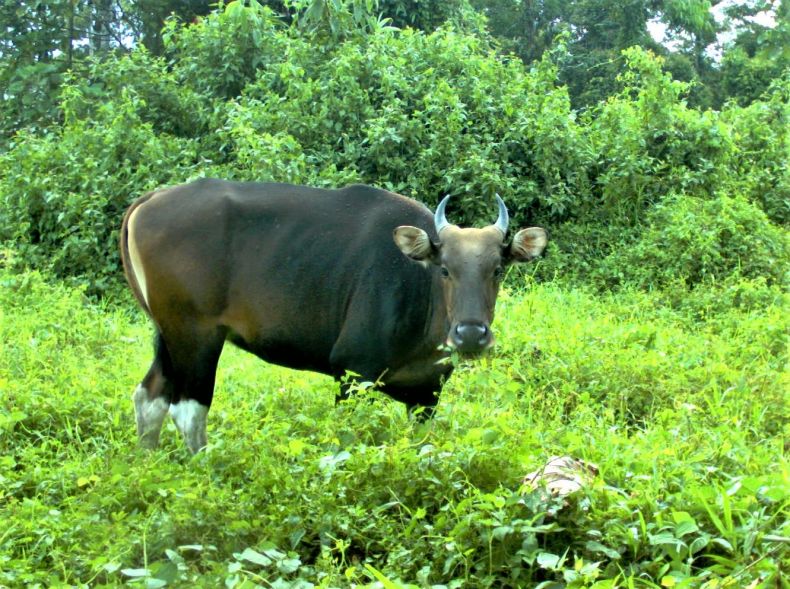 There may be only as few as 400 wild Bornean banteng left in Sabah so losing any more of them places the species ever more at risk of going extinct. That is why the poaching of three banteng within the space of a few days recently has alarmed and angered conservationists.

To make matters worse, the animals, known locally as tembadau, were gunned down inside protected areas. “At that rate of poaching, the species will not survive another 20 years and we will lose it like we lost our Sumatran rhinoceros,” warned Dr Benoit Goossens, a prominent conservationist who is the director of the Danau Girang Field Centre in Sabah.

These placid wild cattle are increasingly beleaguered in Sabah, facing severe existential threats in the form of habitat loss, forest fragmentation and poaching. “We currently have four, maybe five isolated populations of banteng, one on the West coast, one or two in central Sabah, one in the south-east and one in the north-east of Sabah,” Goossens explained. “The total population is estimated to be around 400 to 500 individuals, making the Bornean banteng the most endangered large mammal in Sabah.”

A group of conservationists and government officials are working on the Bornean Banteng Action Plan for Sabah, which will aim to protect the bovines from any further harm. As part of that plan, local wildlife authorities may start breeding banteng in captivity with the aim of releasing them into the wild to strengthen local populations of the animals. “We don’t want them to end up like the rhinos,” Goossens said. “We have to be ready to help increase their population now.”

Sadly, some locals could not care less about the plight of the animals and continue to hunt them illegally. Around a dozen animals are killed this way each year by poachers and trophy hunters, according to conservationists. “Especially in small herds, it is completely unsustainable,” Goossens said.

Many of the animals killed in forests end up as meat sold at markets. Wild banteng meat is indistinguishable from the meat of domesticated cattle, making it harder for authorities to keep track of the poaching and hunting of wild cattle.

A hunter who killed one of three banteng last October was nabbed only after he posed for photos with the animal’s carcass. He has been identified as the manager of a local oil palm plantation. “[W]e have nabbed the individual. There will be a prosecution [of him] later,” Sabah Forestry Department Director Sam Mannan said. Here’s hoping authorities will throw the book at him.