World’s Biggest Rare Earth Processor Trashes Malaysia – But for How much Longer? 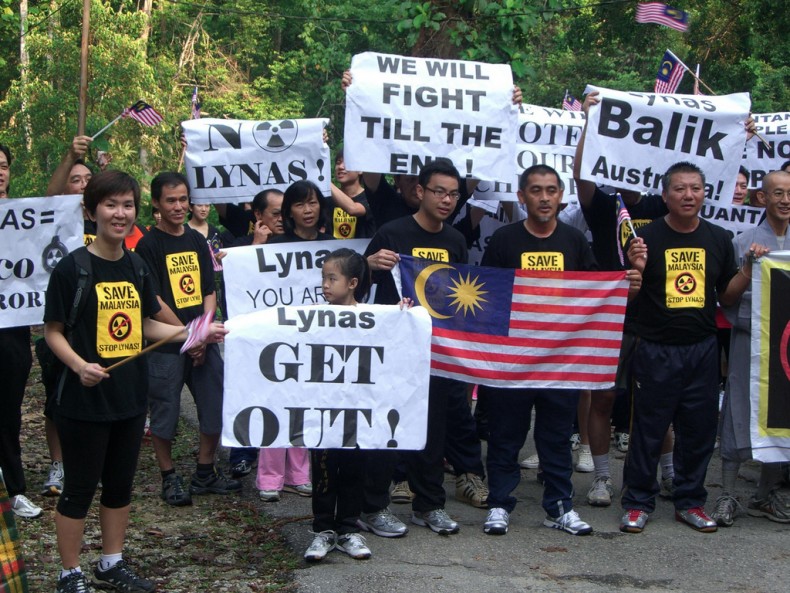 Malaysian residents are in their fourth year of protest against the world’s largest rare earth mineral processing facility.  Built in Kuantan in 2012 by Australian mining company Lynas Corporation, the facility has been met with vigorous opposition for its entire existence – but despite public opposition, plummeting mineral prices and a karmic string of technical difficulties, the plant refuses to stop, slow or green its operations.

As the Lynas Corporation facility – a first attempt at mining by the firm – neared completion, over 15,000 Malaysians banded together against it.  It was the world’s biggest ever environmental protest, and it was held for good reason.

Rare earth processing produces enormous amounts of pollutants and radioactive waste that are a serious threat to public and environmental health.  Similar operations in China have polluted rivers 10km away from work sites, but none of them are as big as Lynas Corporations’ plant, which produces an estimated half-million tons of hazardous muck every year.  It also pumps 100,000 cubic meters of waste gas into the air and discharges 500 tons of waste water into a nearby river – every hour.  Malaysia has never had any single project that produces so much waste.

To top it off, the facility is nestled next to the water in Kuantan, a town that depends in part on fishing and coastal tourism.

The troubled and troubling plant has recently fallen on hard times thanks to rock-bottom mineral prices.  This news and rumors that the business is looking for a buyout have locals hopeful for a change, but a recent Wallstreet Journal article describes a Lynas Corporation that is “digging in” and looking to push capacity and output higher.

World economies need rare earth minerals to operate, but the plants producing them must be held to a higher standard.  If our planet – and especially the communities at ground zero for rare earth pollution – are to survive the production of rare earth minerals, corporations like Lynas must be required to clean up after themselves.

Last December, sixteen Kuantan residents traveled all the way to Sydney to demonstrate against Lynas Corporation at an annual shareholders meeting.  In this and many other instances, Malaysian communities have demonstrated steadfast dedication to protecting their homes.  The country’s current administration is corrupt and doesn’t listen to its people, but it may be on its way out.  If a democracy like the one that won 52% of the popular vote in Malaysia’s 2013 elections (but wasn’t elected) replaces the current government, Lynas Corporation and other heavy polluters may have to clean up their act or pack up and leave.