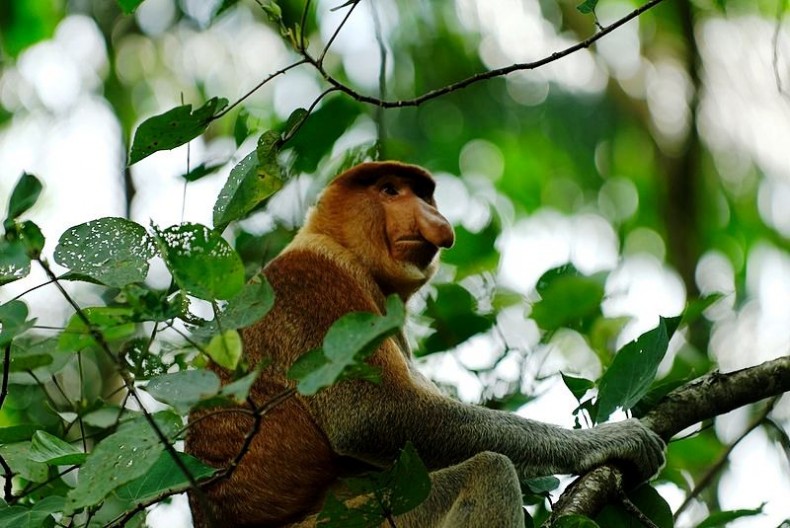 A proboscis monkey lounges in a tree. Endangered animals like this one need protecting from poachers and habitat loss. Photo Credit: Wikimedia Commons

Among the most common offences were poaching, hunting and the smuggling of animal parts – all of which have taken a grave toll on endangered species around Malaysia over the past years and decades. This hasn’t escaped the attention of wildlife officials, who are stepping up efforts to clamp down on culprits. “We have initiated a wildlife forensic study which will help us determine the reasons behind certain species on the brink of extinction,” said Wan Junaidi Tuanku Jaafar, minister of Natural Resources and Environment. 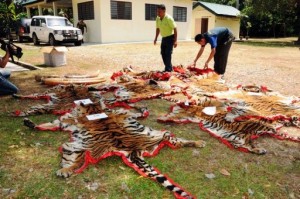 Even without any new studies we can easily fathom those reasons: rampant poaching and relentless habitat loss. Both have wreaked havoc on numerous species, especially those that are highly prized on the illegal wildlife market either as exotic pets or as ingredients for traditional Chinese medicine. “There are many unscrupulous individuals and groups looking to make fast money from selling rare and exotic animals,” the minister observed.

Yes, there are. And in a troubling development many of those unscrupulous wildlife traffickers have taken to social media so as to reach a far wider instant market. That, needless to say, is complicating the work of law enforcement officials even more. So what to do? For starters, Malaysians can serve as the eyes and ears of officials by reporting any cases of wildlife trafficking that they encounter either online or offline. And, of course, they should make sure not to buy any products that may have involved the murder or exploitation of endangered species.

“Please do not contribute towards the extinction of wildlife in our country,” Wan Junaidi pleaded, adding that wildlife officials are working on several projects to help protect endangered species in the wild. “Instead, help us by protecting wildlife, especially the endangered species.” We should all heed the minister’s call. Malaysia is facing an environmental crisis with several iconic and unique species having been driven to the brink of extinction: the Malayan tiger, the Bornean pygmy elephant, the clouded leopard, the Bornean orangutan, the Bornean banteng, the proboscis monkey – the list goes ever on.

It’s a now-or-never moment for the country when it comes to saving myriad endangered species from extinction  in the wild, and here’s hoping that citizens will prove themselves better stewards of their nation’s wondrous ecosystems in years and decades to come.