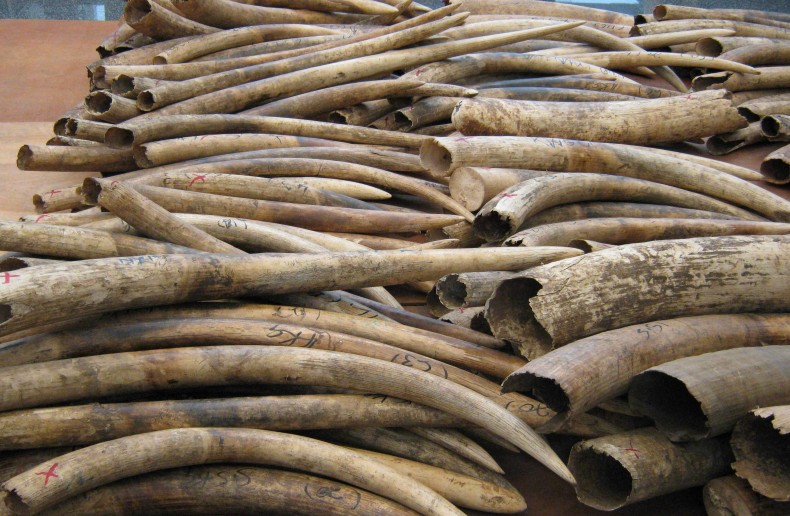 A haul of confiscated ivory is placed on display at an international airport. Photo Credit: Freeland

Nine and a half tons. That’s how much ivory Malaysia has just destroyed. And that’s a good thing too, for all of that ivory had been seized over the years from wildlife traffickers.

Malaysian officials hope that by publicly destroying the massive haul of African elephant tusks in an industrial incinerator they have sent a clear message to international smuggling syndicates: Stop using the country as a wildlife-trafficking transit point. “This is our first-ever ivory destruction. We want to send a strong message to the world that Malaysia does not compromise in protecting endangered species,” said Wan Junaidi Tuanku Jaafar, minister of Natural Resources and Environment. 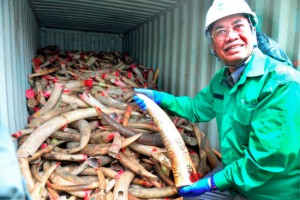 The pile of elephant tasks, which originated from 11 countries across Africa and were confiscated over several years by Malaysian authorities, would have been worth $20 million (RM77.7 million) on the black market. Between 2011 and 2014 alone, a total of 4,624 ivory tusks were confiscated from smugglers, mostly at Malaysia’s sea routes. Trading in ivory has been illegal, with some exceptions, since 1989 after the numbers of Africa’s wild elephants had plummeted to around 600,000 by that year from a population of millions of pachyderms only a few decades prior. By now, because of relentless poaching and habitat loss, their numbers have plummeted further still – to around 470,000 jumbos.

Just a few weeks ago Malaysian officials intercepted two illegal shipments of ivory at Kuala Lumpur’s international airport on the very same day. The African tusks were discovered in the luggage of three Vietnamese passengers who were en route to Hanoi from Addis Ababa in Ethiopia. The tusks they carried weighed 159kg and would have been worth around $382,000 (RM1.56 million). A major market for illegal ivory is China, where ivory is crafted into jewelry and religious artifacts that symbolize wealth and status. Chinese authorities have as of late been stepping up efforts to roll back the illegal trade. Last year they destroyed 6 tons of elephant ivory.

Conservationists have welcomed the Malaysian government’s public show of deterrence aimed at smugglers, which took place in Port Dickson, near Kuala Lumpur, and was attended by foreign diplomats. The anti-trafficking watchdog TRAFFIC has called on authorities to keep up the heat on smugglers and make sure Malaysia will cease to serve as a major hub for wildlife traffickers. “We look forward to these good intentions being bolstered with concrete actions to tackle the factors that have made Malaysia a key transit point in the global ivory trade,” Kanitha Krishnasamy, the group’s regional program manager, said.