Global Tiger Numbers have Risen, but Let’s Not Celebrate Just Yet 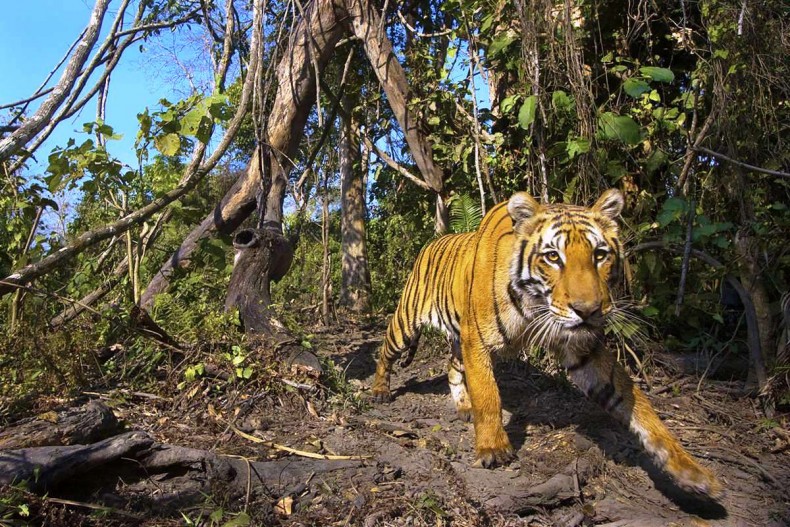 A wild tiger gazes pensively in the direction of a camera. Photo Credit: Steve Winter via Save the Tiger Fund

For the first time in a century, conservationists have announced, the number of wild tigers has risen. Time to celebrate, right? Well, sort of.

Recently conservation groups counted a total of wild 3,890 tigers from India to Russia to Malaysia (but with the exception of Myanmar, which, too, likely has dozens of uncounted tigers). The latest tally, based on figures from 2014, is a significant increase on the 3,200 tigers (from all the six extant subspecies) counted in 2010. But the devil, to coin a phrase, is in the details. More than half of the globe’s wild tigers – 2,226 – live in India, a country that has made exemplary progress in boosting the number of its endemic Bengal tigers (Panthera tigris tigris) in recent years. 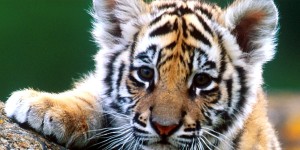 A tiger cub looks ready for a bit of mischief. Photo Credit: Pixabay

By contrast, however, several other subspecies have been doing rather less well. Thailand boasts 189 Indochinese tigers (Panthera tigris corbetti) in the wild, according to the 2014 survey, but in nearby Vietnam’s shrinking forests fewer than five of the country’s own tigers, from the same subspecies, have been spared from poachers and habitat loss. In neighboring Cambodia, wild tigers, which too belonged to the same subspecies, have just been declared extinct. In Laos, which borders Thailand, Vietnam and Cambodia, tigers are likewise on their way out with possibly only two of them left in the wild.

In Malaysia too, the nation’s iconic and endemic tigers (Panthera tigris jacksoni) have fallen on hard times. Somewhere between 250 and 340 of them have remained clinging on in their diminishing habitats and dodging poachers’ snares in the process. That’s a mere tenth of the estimated 3,000 Malayan tigers inhabiting the country’s forests a half century ago. Almost all of the country’s tigers now live in protected habitats within just four states: Kelantan, Pahang, Perak, and Terengganu. The National Tiger Action Plan, launched in 2008, set out to boost the number of Malayan tigers in the wild to 1,000 by 2020, but that target will not be met by a long shot.

For inspiration, Malaysia can look to Thailand. The Huai Kha Khaeng Wildlife Sanctuary in the western part of the country is the only place in Southeast Asia where the numbers of wild tigers have been growing. The local tiger population has grown by 50% over the past decade, which makes it a rare success story in the region. Part of the secret is that the Thai wildlife sanctuary has one rangers for every 10 square kilometers. In India, meanwhile, some areas with wild tiger populations boast one range for every 2 square kilometers. Malaysia’s wildlife sanctuaries are woefully undermanned by comparison. 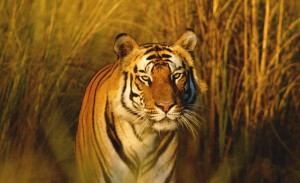 That’s a telling failure by Malaysia’s government. Without stepped-up anti-poaching measures, the country’s tigers face no chance of long-term survival. “The key issue,” noted Anak Pattanavibool, a Thai wildlife expert, is the need for the region’s countries “to strengthen their protection first.” Otherwise, he explained, even efforts to reintroduce tigers into the wild, such as a $50-million initiative Cambodia is working on, are bound to fail: no sooner will tigers be reintroduced than they will come to be at risk of being poached.

Even in Thailand a 12-year Tiger Action Plan, launched at almost the exact same time as Malaysia’s own action plan, has thus far failed to boost the population of tigers outside the Huai Kha Khaeng Wildlife Sanctuary beyond the current level of somewhere between 200 and 250 animals. One reason is that protection efforts have not been universally effective and rigorously applied. “If you add enough park rangers in the system,” explained Anak, “you [still] have to have [viable] populations of tigers remaining to be able to recover them. So that’s the problem with many national parks in Thailand at the moment.”

In addition, many Thai rangers already have their hands full with other tasks, such as helping manage tourism to national parks, so they have little enough time left for anti-poaching patrols.

All of these issues apply equally to Malaysia as well. Malaysia has done better on its tiger conservation efforts than several other countries in the region like Cambodia and Vietnam, but that’s cold comfort given that the latter two have failed miserably. Malaysia is the sole custodian of its endemic Malayan tigers and the nation must not abandon its unique population of wild tigers to their fate. Rather, the country must seek to emulate the example of India and Thailand by enacting comprehensive conservationist policies that allow the country’s tigers to come roaring back.