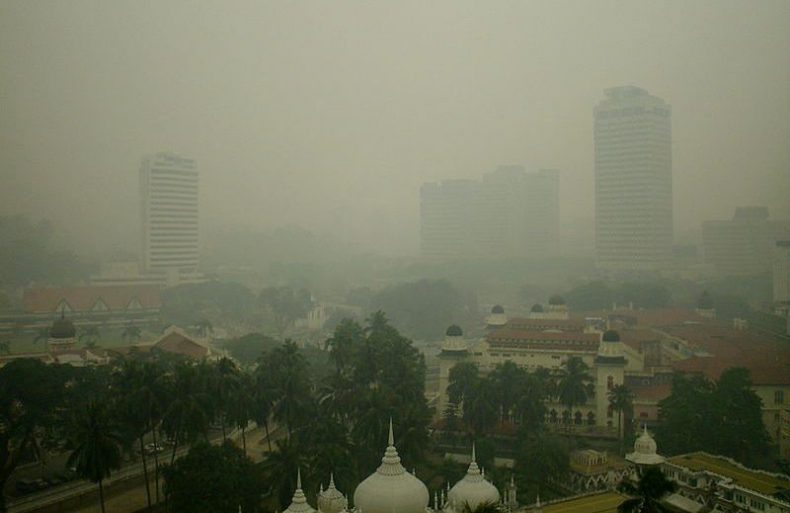 The health effects of air pollution have been well documented. Depending on its intensity and the length of your exposure to it, air pollution can trigger or exacerbate cardiovascular diseases, respiratory illnesses, metabolic malfunctions and a variety of other ailments. All this we’ve long known.

Here’s something you may not have known: it can also affect us psychologically. A team of researchers at the National University of Singapore’s Business School has studied the effects of air pollution on people’s productivity at work. They did so through the prism of “ego depletion,” a behavioral theory that posits that we can all draw only on a finite amount of mental resources that we can fast deplete in the face of negative and emotionally taxing experiences.

Their finding: prolonged exposure to increased air pollution makes us perform worse at work. “Not only does air pollution negatively affect levels of oxygen and glucose in the blood, both of which affect self-control, [but] it can also drain our self-control resources psychologically, causing insomnia, anxiety or depression,” writes Sam Yam Kai Chi, an assistant professor of management and organization. 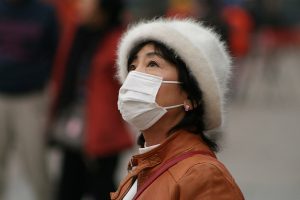 A woman protects herself from air pollution on the street. Photo Credit: Flickr

So those bouts of lassitude and lethargy that many of us end up feeling at times may be down to the air we breathe. Yet air pollution, through ego depletion, may also compromise our social skills: we may be less ready to help others, participate willingly in team work, or generally do more than the minimum that is required of us at work.

“We found a clear link between high air pollution and decreased levels of organisational citizenship behaviour,” the scientist writes. “Likewise, increased pollution also saw a corresponding and marked increase in counterproductive workplace behaviour.” It gets worse. Air pollution, the researcher adds, “leads to a decrease in self-control resource, which in turn leads to increased counterproductive and decreased organisational citizenship behaviour.”

Of course, the same level of air pollution will not affect everyone exposed to it the same way. Some people can handle it better than others. Still, we have been warned: air pollution, of which there is plenty across Malaysia, can lead to a degree of social malaise at the workplace as well as economic setbacks through a loss of productivity in the workforce.

A lot of air pollution in Malaysia is caused periodically by the vast miasmas of noxious fumes that are blown hither from the large swathes of forest that are set on fire each year in neighboring Indonesia as part of slash-and-burn agriculture. The prolonged hazes, which can end up covering much of Malaysia for weeks at a time, frequently come with very high costs to the economy. The haze crisis in 1997, which lasted for about three months, for instance, cost Malaysia and its neighbors around $9 billion in the form of disruptions to air travel, increased health care costs and other impacts to businesses impacts.

Such hazes are periodic, but all year round vast quantities of pollutants from car exhaust fumes continue to degrade air quality across the nation. There are upwards of 21.5 million registered vehicles in Malaysia and their numbers keep on growing in a country with a population of just 30 million. The pervasive practice of open burning too takes its toll on air quality.

So, yes, we might end up suffering psychologically from air pollution, but we are largely doing it to ourselves, and each other, by continuing to pollute our air with careless abandon.