Malaysian Coral Reefs are at increasing risk of Mass Bleaching 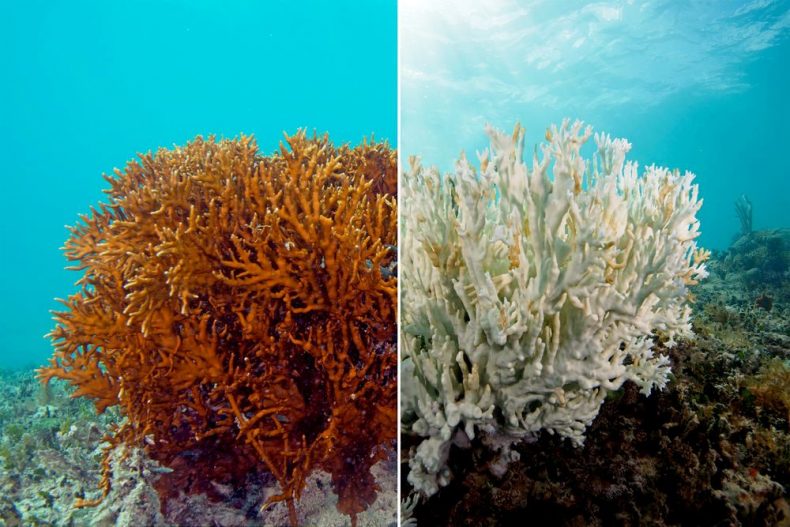 Coral bleaching. The very term evokes something ominous – and an ominous development it indeed is.

As water temperatures rise, often as a result of climate change-triggered heat waves, corals (fragile creatures as they are) begin to turn white. That’s because warmer water temperatures cause corals to shed the zooxanthellae algae that inhabit their tissues symbiotically and give them their vivid colors. When the corals die off, so does much of the stunning biodiversity of species that depend on them for survival.

Mass bleaching by corals is a sure sign that they are experiencing severe environmental stress, and – here comes the bad news – Malaysia’s world-renowned reefs are at risk of just that.

Natural Resources and Environment Minister Wan Junaidi Tunku Jaafar has warned repeatedly over the past few months that many of the country’s corals may be doomed because of an unusually prolonged heat wave this year. Wan Junaidi has now sounded the alarm anew in response to a recent “bleaching watch” notification by the US National Oceanic and Atmospheric Adminis­tration’s Coral Watch Program, which compiles satellite data on sea surface temperatures and issues warnings about risks of coral bleaching worldwide.

The US agency warned Malaysia that sea surface temperatures in some of Malaysia’s waters had risen well above average last month – to around 28oC and 29oC – which means the country’s reefs are likely becoming exposed to the dangers of debilitating thermal stress. “Coral bleaching is a major threat to the health of coral reefs and deserves serious attention due to the implications for marine biodiversity, coral reef fisheries and tourism in Malaysia,” Wan Junaidi commented in a statement. The minister says he has also asked marine parks to be on alert and continue to monitor the health of corals.

The most recent mass bleaching episode in Malaysia took place in 2010,  when up to a tenth of the country’s reefs suffered extensive damage. In response, the Ministry of Natural Resources and Environment decided to close 12 out of 83 dive sites within the country’s marine parks to help bleached reefs recover naturally by reducing human-caused stress on them. The same measure might be necessary this time around as well to mitigate the effects of various stresses on corals.

The most recent comprehensive survey by Reef Check Malaysia, from  2013, showed that live coral cover in the country’s waters stood at 48.33% – slightly less than four years prior when it was at 49.96%.