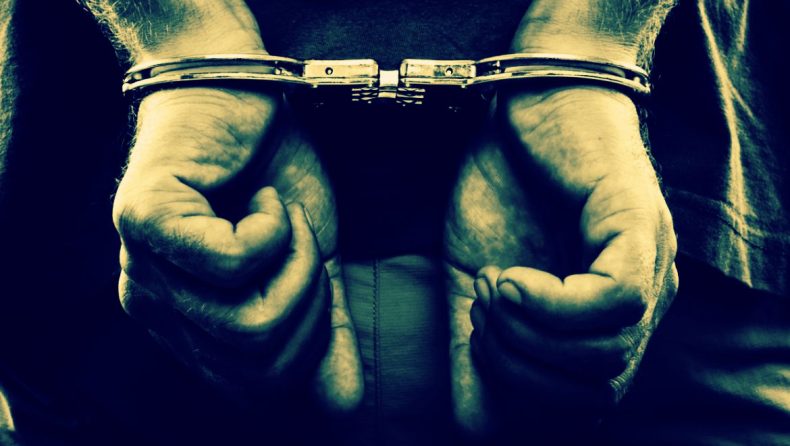 The arrest of two criminal gangs of traffickers has been a major success of anti-trafficking efforts in Malaysia. Photo Credit: Flickr

Score a big one up for wildlife officers! In what has proved to be the biggest bust of wildlife traffickers so far this year, officials have arrested two separate gangs with their motley crews of local Malaysians, two Chinese men and seven Vietnamese smugglers. The raids, which took place at several houses in Kuala Lumpur and nearby communities, followed almost eight months of surveillance by Perhilitan, Interpol and the Holland-based Wildlife Justice Commission.

Elephant tusks, hornbill beaks, tiger pelts, pangolin scales, bear claws – these are all among the massive haul of animal parts that Malaysian wildlife officials have seized from the 12 traffickers in five separate raids conducted in the Klang Valley in late August. At least 100 animals were slaughtered to obtain the items, which are worth around RM2 million on the black market and were destined for the international exotic food and jewelry trades, officials said. 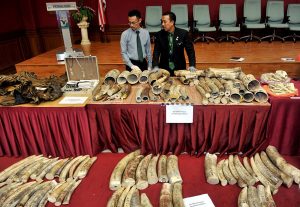 Most of the parts had likely been shipped in from abroad for resale in China and Vietnam. The size of the elephant tusks indicate they were taken from African elephants, which are larger than their Malaysian cousins. How the animal parts entered the country – whether by air, land or sea – has yet to be determined. “We seized body parts of wild animals including elephant tusks, tiger fangs, hornbill beaks, bear gallbladders, tiger skins, bear claws and anteater skins, altogether estimated to be worth RM2 million. This is the biggest seizure this year,” said Perhilitan’s director-general Abdul Kadir Abu Hashim.

Of African elephant tusks alone, a total of 111 were seized. Think about how many hapless pachyderms were butchered to obtain their tusks for no other reason than that some people enjoy possessing decorations made from ivory. Malaysia has no domestic ivory market, but it serves as a transit point for traffickers and so local officials must remain perennially vigilant.

“We congratulate Perhilitan on this significant bust. The fact that ivory was found in three separate premises is very worrying, suggesting an organized ivory smuggling racket is present in Malaysia. For repeat offenders who have no respect for our laws, nothing sends a stronger message than stiff jail time,” said Kanitha Krishnasamy, the anti-trafficking watchdog TRAFFIC’s senior programme manager for Southeast Asia.

“The haul of hornbill parts also raised alarm,” TRAFFIC notes. “No known seizures of this magnitude involving hornbills have taken place previously in Malaysia. The items were found at a residence, along with the bag of pangolin scales. Demand for the ivory from Helmeted Hornbills in China has led to this species being recently assessed by IUCN as Critically Endangered — a step away from extinction.”

At least one of the suspects, a 54-year-old Chinese national, is a repeat offender. He was arrested and fined RM200,000 in 2013 for trying to smuggle elephant tusks out of Malaysia. Clearly, wildlife smuggling remains a lucrative enough business for people like him to continue risking further arrests. They need to be brought to justice and slapped with hefty sentences to discourage them and others like them from continuing to trade in exotic animals.