Three months on, Lasah the Elephant remains in Chains and Bondage 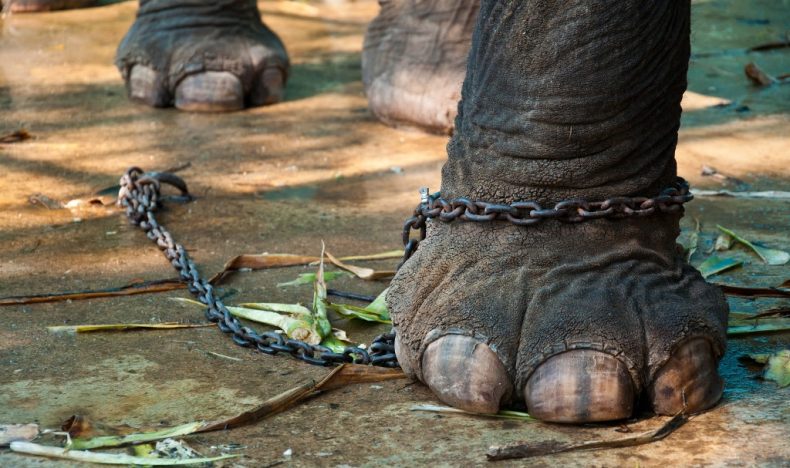 Lasah remains in chains at an amusement park despite months-long efforts to free him. Photo Credit: Shutterstock

Back in July, as we reported on Clean Malaysia, the plight of Lasah caused widespread outrage. The 36-year-old elephant bull, an investigation by the animal rights group Friends of the Orangutans (FOTO) revealed, was kept in chains and bondage at the Langkawi Elephant Adventures amusement park. He was used for elephant rides for the benefit of tourists and forced into other commercial activities by his handlers. Worse: elephants are highly social animals, yet Lasah was kept all alone.

“After years of abuse and exploitation, Lasah was sent to Langkawi in March 2006 and has since been forced to give rides for hours in sweltering heat and humidity while at the mercy of his handler,” FOTO explained back then. “When not used for entertainment of tourists, Lasah is kept in brutal conditions behind public eyes, chained on all four legs,” it added. “This chaining method also breaks the Malaysian wildlife law.”

To make matters worse, all his life Lasah has been exploited and abused in one form or another. He was once forced to work in a logging camp; he was then forced to perform in entertainment shows; and he spent two decades of his life languishing in zoos. 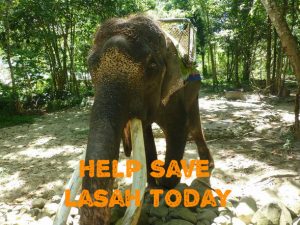 A campaign by Friends of the Orangutans has brought widespread attention to the plight of Lasah. Photo Credit: FOTO

FOTO’s campaign on his behalf has triggered an outpouring of support for the long-suffering pachyderm. To date, some 380,000 people from around Malaysia and the world have signed a petition that calls for Lasah to be transferred to the Kuala Gandah elephant sanctuary in Pahang so he could enjoy some well-earned retirement at last. Hundreds of people have written to high-ranking Malaysian officials, requesting them to intervene on Lasah’s behalf.

So three months on, how is Lasah doing? Not much better, sadly. He remains at Langkawi, where he continues to face abuse, FOTO says. “Our government needs to intervene and transfer Lasah to Kuala Gandah immediately,” explains FOTO’s director, Upreshpal Singh.

“The world is watching and waiting for Lasah to start a new life at Kuala Gandah,” he adds. “Not doing so will send the wrong message to animal lovers and conservationists everywhere about the priorities of welfare and conservation efforts in Malaysia.”

Agreed. Let’s free Lasah now, once and for all!