Wan Junaidi: Malaysia is ‘committed’ to Saving its Forests 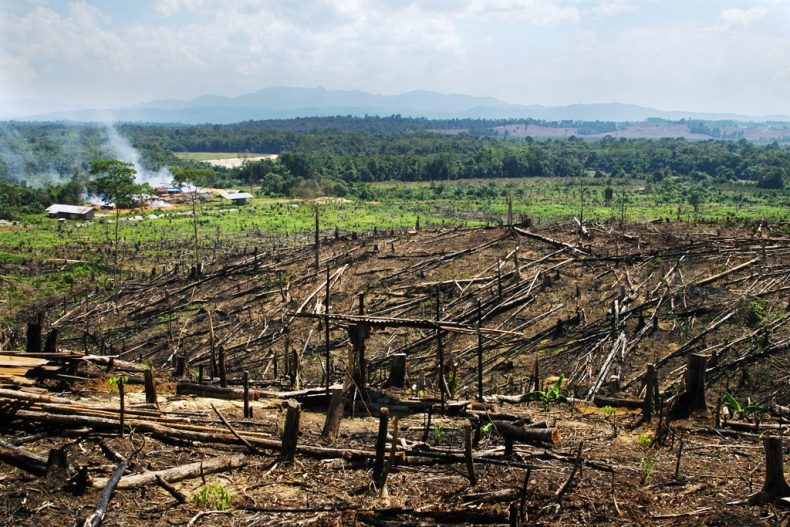 Deforestation has taken its toll on ecosystems in Borneo and elsewhere across Malaysia. Photo Credit: United Nations

Malaysia is fully committed to managing its forests sustainably. So says the country’s minister of Natural Resources and Environment, Wan Junaidi Tuanku Jaafar. Speaking at a UN conference on climate change in Marrakesh, Morocco, the minister stressed that Malaysia would protect its forests while it would also fulfill its commitments on tackling climate change.

“One of our core strengths is in the area of forest and sustainable forest management. Our forest management records date back to 1905, including the Matang Mangrove Forest Reserve (in Sarawak). Today this site has been acknowledged as one of the best-managed mangrove forests in the world,” Wan Junaidi said, according to the news agency Bernama. The minister added that the country’s forest cover currently stands at 54.5% with at least 50% of the total land area earmarked for protection.

Sounds good. The trouble is that such rosy assessments tend not to reflect facts on the ground. Malaysia already pledged back in 1992, at the Earth Summit in Rio, to keep at least 50% of its land area covered in forest. Yet the country suffered the world’s highest rate of forest loss in the period between 2000 and 2012. According to a Global Forest Resources Assessment by the UN in 2010, Malaysia lost an average of 102,000 hectares of forest each year.

Worse: In the 20 years between 1990 and 2010, Malaysia lost almost just as much forest cover, or an average of 96,000 hectares, each year. A combination of natural resource extraction, urban development and unsustainable industrial practices led to the loss of 8.6% of forest cover in total. And these trends carry on unabated with many of Malaysia’s forests remaining at the mercy of loggers.

We observed on this site in August 2015: “Today, most deforestation in Malaysia is due to palm oil plantations, illegal bauxite mining, logging and the construction of large hydroelectric dams. Public awareness of the environmental crisis is at its peak, but the Malaysian government has yet to make real progress in stemming the depletion of rainforests.” The destruction of natural habitats in forests from Sarawak to Pahang has also taken its toll on native species. Iconic species like the Malayan tiger, the pygmy elephant and the Bornean orangutan have all fallen on hard times in the wild as a result of human activities.

Here’s hoping Mr. Wan Junaidi does mean business and will do his best as minister to reverse these trends or at least stop them in their tracks. Should we be holding our breath?