Sharks in Sabah have gone AWOL 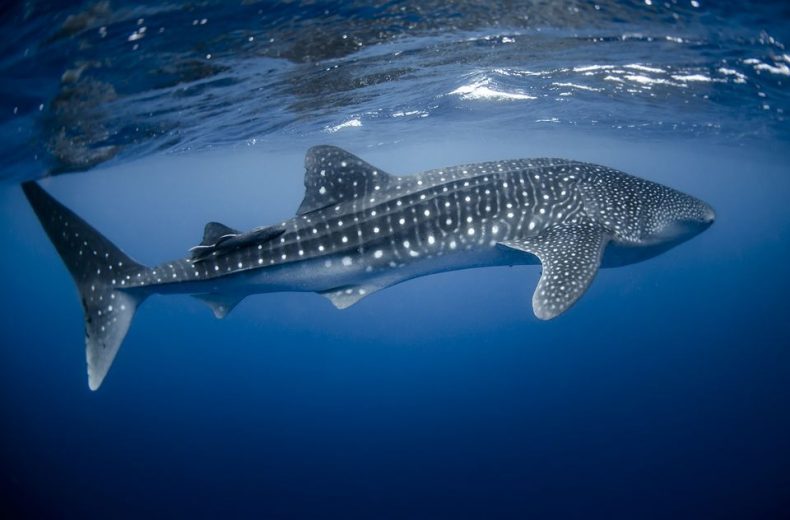 A whale shark swims placidly under the surface of the sea, enticing drivers from a look-see. Photo Credit: Flickr

The evidence is mostly anecdotal but it is disturbing none the less for that. Namely: these days you are a lot less likely to sight sharks than you did even a few years ago. So says the chairman of  the Sabah Shark Protection Association (SSPA), Aderick Chong Hee Tat.

“It’s a wake-up call for us,” he warned, telling FMT. “Shark sightings in the state are becoming increasingly rare and some people have even told me that there are no more sharks near Mabul Island.” And that, needless to say, is a concern not only for conservationists but also for state officials. Sharks serve as an important tourism draw in Sabah. The state’s diving industry brings in RM380 million each year for the local tourism sector and provides plenty of jobs to locals.

Yet with the sharks now having gone largely AWOL from the state’s waters, the sector might see a drop in interest among foreign divers. “Tourists come to Sabah expecting to see sharks in our waters,” Chong noted. “But instead, if they see sharks being chopped up into pieces at the beach, it will definitely make the rounds on social media,” he added, referring to several recent cases when the gruesome practice of shark-finning was witnessed, much to their horror, by vacationing foreign tourists. “If that sector collapses, our people are going to lose a lot of jobs,” Chong warned.

To save sharks from further harm, the Sabah Shark Protection Association has recently called on local officials to enact new laws to protect the state’s sharks, which have seen their numbers drop significantly as a result of habitat loss and overfishing.

“We are asking the Federal and State governments to make changes to the Fisheries Act that may be necessary to enable Sabah to pass the desired State level legislation,” Chong stressed. “Outside of Sabah Parks Marine Protected Areas or shark sanctuaries, the state ministry [should] consider [putting] in place a ban on shark landing, slaughtering and trading of Sabah’s already depleted reef sharks and CITES listed endangered species.”

Six of Sabah’s ma­rine parks serve as shark sanctuaries, but protection measures must also include educational campaigns among locals about the importance of shark conservation as well as job-creating projects among local fishermen to wean them off hunting sharks. Only a holistic approach will work in making sure that Sabah’s majestic sharks can return in full force.