Protect Sharks and Rays in Sabah 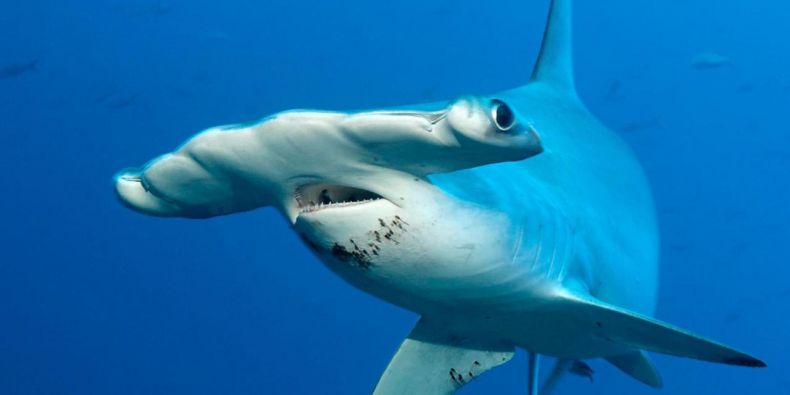 Hammerhead sharks like this one are wonders of nature. Photo Credit: Pixabay

Better protecting some species of sharks and stingrays is a must in Sabah if the state is to ensure their survival in its waters. Encouragingly, several marine and shark experts realize this and have recommended adding several species of shark to the state’s Fisheries Act as endangered species. 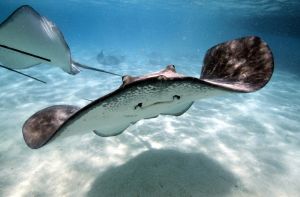 Stingrays are increasingly under threat in Malaysia. Photo Credit: Pixabay

We can hardly quibble with that assessment. Sharks and rays, both of which are increasingly embattled in the state’s waters, have fallen on hard times.

Sabah is one of the world’s most biodiverse places and boasts 48 species of shark and 65 species of stingrays. This accounts for a large portion of the 70 shark species and 85 ray species that inhabit the seas of Malaysia. Last year, according to officials, 564 metric tons of sharks and 1,331 metric tons of rays were landed in Sabah, usually as by-catch in the operations of fishing boats. Sharks and rays are also caught in gill nets and fish traps. Unofficially, the figures are sure to be higher as many fishermen may not report landing sharks and rays.

Yet of the total of 155 species of sharks and rays that live in Malaysian waters, only one shark species, the whale shark (Rhincodon typus), is  listed as a “threatened species” under the Fisheries Act. Rays from the Pristidae family, also known as saw fish, are also protected.

Conservationists have been warning that fewer shark sightings around Sabah indicate that the numbers of animals have dropped significantly in recent years.

“It’s a wake-up call for us,” Aderick Chong Hee Tat, chairman of the Sabah Shark Protection Association (SSPA), Aderick Chong Hee Tat, recently warned. “Shark sightings in the state are becoming increasingly rare.” And that is a concern not only for conservationists but also for state officials. Sharks serve as an important tourism draw in Sabah. The state’s diving industry brings in RM380 million each year for the local tourism sector and provides plenty of jobs to locals.

“Tourists come to Sabah expecting to see sharks in our waters,” Chong noted. “But instead, if they see sharks being chopped up into pieces at the beach, it will definitely make the rounds on social media,” he added, referring to several recent cases when the gruesome practice of shark-finning was witnessed, much to their horror, by vacationing foreign tourists. “If that sector collapses, our people are going to lose a lot of jobs.” 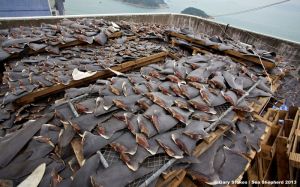 However, Ahemad Sade, the director of the state’s Fisheries Department, has dismissed claims that shark finning was rampant in Sabah’s waters, insisting that “there are no shark fishing activities in Malaysia and the allegation that the government is not committed in the management of sharks and rays is baseless.”

Shark finning involves catching live sharks, cutting off their fins and throwing the animals back into the sea to die slowly and painfully by bleeding to death. “This cruel act does not happen in our country because the whole fish is used either as food or processed into other products,” the director stressed.

Be that as it may, the fins of sharks caught elsewhere continue to be consumed wholesale across Malaysia, although relentless efforts by conservationists are bearing fruit in weaning Malaysians off shark fin soup, which is widely seen as a status dish.

That is why, in addition to protecting further species of beleaguered sharks and rays, public awareness campaigns must be stepped up to convince people to stop buying and using any product made from sharks and rays.

Sharks and rays need better protection in Sabah. The state’s lawmakers must ensure that they do.