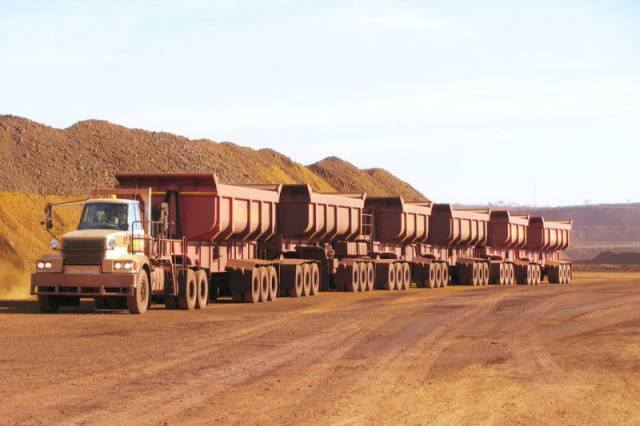 In a battle against bauxite mining pollution, Malaysian governments have targeted mineral transport rather than addressing the root problem of the open-pit mines themselves. Photo Credit: Geram

For almost an entire year now, the Malaysian public has been asking its government for help with a frightening pollution problem:  irresponsible bauxite mining.  A tide of toxic dust and mud is issuing from open bauxite mining pits and scarcely-covered trucks, spreading a layer of carcinogenic material over towns, countries and waterways.  Concerned citizens and ministers have repeatedly called for better mining regulation, but state and federal governments have so far reacted only with unfulfilled promises and tactics aimed at ticketing bauxite truck drivers.

Malaysia’s Land Public Transport Commission reported 223 offences relating to lorries carrying bauxite between January to November of this year in Kemamam, a port town in Eastern mainland Malaysia.  This statistic characterizes the focus on bauxite transport regulation.  Exactly what has come of those 223 offences characterizes the ineffectiveness of transport regulation on deterring bauxite pollution. 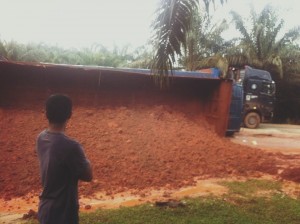 To this date, 111 offences are still being reviewed and only one has resulted in the suspension or revoking of a lorry operator’s license.  The 67 tickets that actually have been issued are a mere slap on the wrist for bauxite mining companies who can continue business as usual.  Ticketing drivers may deter some lorries from using main roads – washing towns and roadways in heavy metal-laden dust in the process – but it does nothing to control the mining process itself.

The open pit bauxite mining process requires significant deforestation.  Many hectares of forest cover have been torn up to expose bauxite, destroying CO2-reducing vegetation, eliminating natural habitat and creating large areas of unprotected earth that wash into nearby rivers when it rains.  Water samples taken near Kuantan (another bauxite shipping hotspot) returned levels of mercury, arsenic and lead that were unacceptable even for irrigation use.

These waters provide the public with seafood and support delicate ecosystems on which Malaysia’s wildlife, ecosystems and even weather patterns depend.  Now that the monsoon season has set in, only more contamination can be expected.

Already the Malaysian Health Ministry has reported that increased bauxite mining activity has caused ailments like respiratory and allergy problems, and admitted that a long-term concern is cancer.  Exposure to even small amounts of mercury (found in high levels in water) can have toxic effects on the nervous, digestive and immune systems, as well as on the eyes, kidneys and lungs.  A 2009 Human Rights Watch report on bauxite pollution in Vietnam revealed that bauxite dust covering the leaves of cash crops like tea, rubber and black pepper (all of which are grown in Malaysia) became very harmful to their growth and reduced plant productivity.  Drinking water of nearby communities was also contaminated (it is suspected that this may already be happening in Malaysia).  River and ocean contamination was also considered a serious threat to the Vietnamese fishing industry, and according to research by American and Italian scientists, bauxite pollution can also cause genetic mutations that render aquatic species unable to reproduce.  All this was observed in Vietnam when the country was exporting an average of 30,000 tons of bauxite per year.  Malaysia’s 2015 exports could total over 20 million tons. 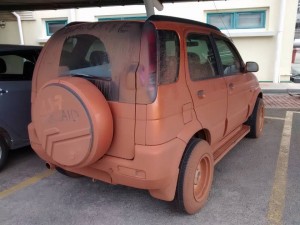 If Malaysia hopes to avoid real damage to public health and environment, regulation is needed for the bauxite mining operations themselves, not just the lorries taking material from point A to point B.

To this effect, the Malaysian Anti-Corruption Commission (MACC) is preparing two recommendations for the state government to help improve its existing system and regulations on bauxite mining activities.  One of the recommendations provides a bit of a shock – to have bauxite legally classified as a mineral.  In Malaysian law, bauxite is not currently included in any Acts related to land, mineral, mining and earth resources.

“Currently, there is no specific law for bauxite minerals as it is only referred as laterite soil.” Said MACC director Datuk Zainul Darus.  “Drafting it (bauxite mineral) into a certain Act will make it easier for the authorities to take action against offenders.”

The hope is that these recommendations, unlike some made in the past, will be taken seriously.  The need for bauxite mining regulation in Malaysia is clear.  Public desire for it is even clearer (over 2,400 residents of Kuantan recently signed a petition imploring the government for regulation).  It time for Malaysia’s state and federal governments to take decisive action to regulate bauxite mining – the future of its people, its beautiful environments and even its economy depend upon it.