Can Adenan Save Sarawak’s Forests? Will He? 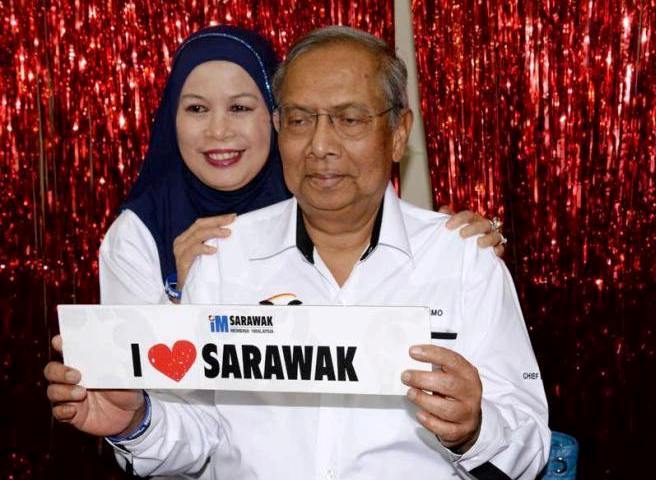 Since he came into office two years ago Sarawak Chief Minister Adenan Satem has made all the right moves and noises about conservationism. He has decried the “desecration” of Borneo’s extraordinary biodiversity; promised decisive action against illegal loggers; and recently scrapped plans for a controversial new dam on the Baram River, which would have dispossessed local indigenous communities and destroyed over 400 square kilometers of forest.

And he isn’t done yet. The Chief Minister now proposes setting up a Wildlife Department, the better to protect Sarawak’s wildlife. “I propose [creating] a separate wildlife department to focus on dealing with wildlife policies and conservation; this will be for more efficiency,” he said at an environmental event in Kuching. His administration, he said, is also considering boosting the overall tally of rainforest designated as better protected “permanent” forest to a total of six million hectares and the area of “totally protected areas” (TPAs) to 1 million hectares, within five years. TPAs function as national parks, nature reserves and wildlife sanctuaries. The state currently has 40 national parks, 14 nature reserves and six wildlife sanctuaries with a total area of 853,836 hectares. 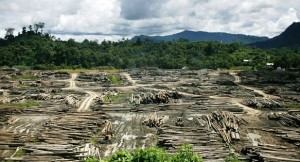 Sarawak’s current tally of permanent forest is 4.35 million hectares, which amounts to 72.5% of the state’s total land area, with just over 0.85 million hectares designated as TPAs. By earmarking further swaths of rainforest as “totally protected areas,” the state would be better able to save them from logging, he said. “There are about 3,000 known tree species and 40 per cent of Sarawak plant species are endemic to Borneo,” the Chief Minister explained. “There are 185 mammal species, 530 bird species, 166 snake species, 104 lizard species and 113 amphibian species in the state. There may be more out there not yet identified.”

His government will need to act decisively to protect Sarawak’s forests as timber companies are rearing to cut down plenty more of them. According to Adenan, 33 forest timber licencees are seeking long-term certification for a total forest area of about 2.5 million hectares. Timber companies need to have their comprehensive Forest Management Plan approved by state authorities before they are issued licenses or can continue with current ones. “We will suspend their operations if they fail to submit their Forest Management Plan accordingly,” Adenan pledged. “This will lead to the termination of their forest timber licences if they fail to comply with the directive.”

Fingers crossed he means all this, especially as Adenan seems to have gone back on a previous promise not to issue any new timber licences in the first place. Needless to say, time is fast running out for Sarawak’s environment, which has been facing the world’s highest deforestation rates of tropical forest cover, according to Global Forest Watch. It is also a global epicenter of peatland destruction, with peatlands and swamps being cleared for oil palm plantations at alarming rates. Based on his public pronouncements, Adenan is well aware of the problems. Yet some environmentalists are beginning to doubt his sincerity, or at least his ability to counter the powerful international lobby of timber and palm oil companies that he is up against.

Deborah Lapidus, campaign director at the advocacy and communications firm Waxman Strategies, has brought attention to Adenan’s lack of response to evidence presented to him late last year by a group of environmentalists about a palm oil company that is destroying peatlands on a 20,000-hectare concession in the state’s Sibu region, including land to which local indigenous communities have laid claims. 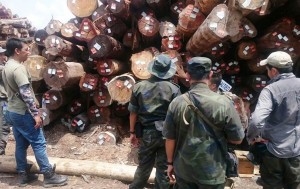 “We also shared documentation of multiple cases of encroachment by BLD (the palm oil company),” she writes. “In response, Mr Adenan assured us of his desire to protect Sarawak’s natural resources, and we left the meeting with reason to believe that he would take action. His staff even disseminated photos of our meeting to the local press to show his commitment to working with civil society.”

And then? Nothing. “Since the meeting, unfortunately, despite many efforts to follow up, the chief minister and his staff have not provided any substantive follow-up, or evidence to show they are taking action,” Lapidus says. “Meanwhile, BLD seems to have cleared more land, and just announced the acquisition of two new companies – suggesting it is not feeling pressure from government to reform.”

She also faults the state’s government for failing to investigate “credible evidence of illegal logging.” “There seems to be equally little action when it comes to Sarawak’s infamous ‘Big Six’ logging companies – Samling, Shin Yang, Rimbunan Hijau, Ta Ann, WTK and KTS – which already hold licences to log most of Sarawak’s remaining rainforest,” Lapidus charges. “Moreover, even as Mr Adenan was announcing that these firms must get their logging operations certified for sustainability by 2017, the same firms were rapidly destroying Sarawak’s last tracts of healthy rainforest in a biodiversity hot spot known as the Heart of Borneo.”

She elucidates: “For example, Shin Yang, one of the biggest tropical timber producers in the world, was recently documented decimating intact rainforests at the rate of 42 football fields a day in a proposed national park inside the Heart of Borneo.”

The Chief Minister might beg to differ, however. In media interviews, he has stressed repeatedly that he has been spearheading a crackdown against illegal logging. In 2014, when he entered office, there were 241 cases of illegal logging with 90,873 cubic meters of timber seized. Last year state authorities handled 208 cases with 47,060 cubic meters of logs seized. Adenan said 33 local sawmills were forced to close as a result, and last year 27 suspects were arrested. To date, eight people have been convicted of various forest-related offences.

On taking office, Adenan promised to be far more transparent and accountable than his predecessor, Abdul Taib Mahmud, who had been Chief Minister for 33 years and whose administration was plagued with allegations of cronyism, corruption and the mismanagement of the state’s natural resources. Taib was also accused of benefiting handsomely from timber concessions, even as the state’s forests kept shrinking and shrinking during his tenure.

Will Adenan’s time in office be different? For the sake of Sarawak’s beleaguered forests, let us hope so. Perhaps sensing the growing climate of skepticism, he has recently averred: “Let me reiterate that the state government is willing to cooperate with any non-governmental organizations and international bodies in preserving Sarawak’s forests to ensure sustainable exploitation of resources, combating illegal logging and corruption in the timber industry if they are sincere and have the common agenda with us.”

Let us take the Chief Minister up on his offer and hold him to his word.

Tags: loss of biodiversity in Borneo, pledges by Chief Minister Adenan Satem to protect forests, rate of deforestation in Sarawak