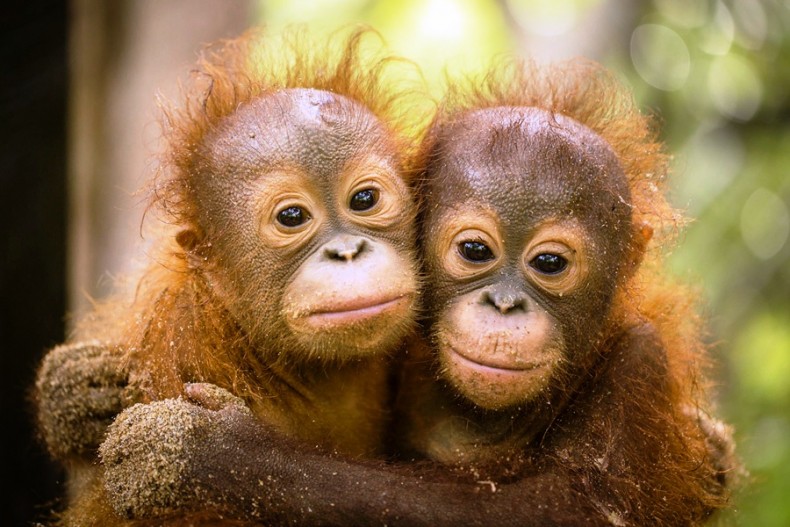 And then there were none – orangutans left at Shangri-La’s Rasa Ria Resort & Spa, that is.

In a move celebrated by Malaysian conservationists as an important victory, the last two orangutans held at the luxury resort in Kota Kinabalu have now been sent to the Orangutan Rehabilitation Centre in Sepilok. Thus has now ended what many local animal rights activists have deemed two decades of exploitation by the hotel of orphaned orangutans under the pretense of “conservationism.”

“Friends of the Orangutans Malaysia would like to convey our huge thanks to you, all supporters and organisations who have made this victory possible. Without your concern and support the exploitation would still be happening,” said Upreshpal Singh, director of Friends of the Orangutans (Foto), an animal rights group that has been campaigning for years against the high-end resort over its treatment of captive animals. “Our Shangri-La campaign officials ends today,” he added in a statement sent to Clean Malaysia. 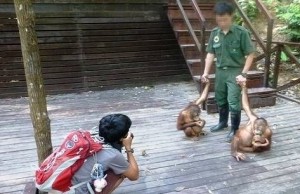 Over the years the luxury hotel came in for plenty of criticism from conservationists for using orphaned orangutans as tourist draws on its premises. Several orangutans, of the more than 40 held at the resort at one time or another, reportedly died as a result of neglect and inadequate care. Among them were an orangutan called Tenten, who died in 2014, and three orangutans (Mambo, Terry and Marrie) who were stabbed to death in 2003 by an employee of the resort.

The resort touted its treatment of captive apes as part of its Orangutan Care “rehabilitation” project in Sabah, but its critics insisted the program was nothing of the sort: instead, the hotel simply profited from the presence of orphaned orangutans. A former general manager of the resort, Jean-Marc Michel, admitted as much in a promotional video by explaining that “Bringing here the orangutans has been one of the most successful ideas that has made the resort so attracted (to tourists).”

At the Orangutan Rehabilitation Centre in Sepilok, resident orangutans enjoy relative freedom of movement on the government-run institution’s 43 square kilometers of protected forest at the at the edge of Kabili Sepilok Forest Reserve. The two animals from Rasa Ria Resort can now join them.