Locals to the Rescue: Villagers are Invaluable for Wildlife Conservation 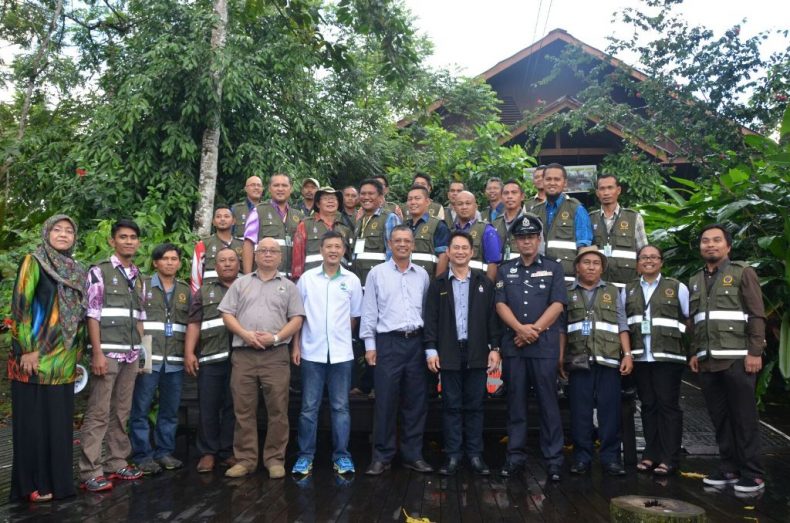 When we think of illegal wildlife trafficking, we routinely picture organized gangs of poachers and traffickers who keep on relentlessly denuding forests of their protected species so as to sell them far and wide across national borders with some help from corrupt officials who are willing to turn a blind eye for a fee. There is that aspect to the trade, certainly.

But there is also another aspect – one that can be far more destructive in the long term. 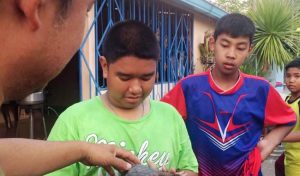 Routinely, it’s not professional poachers but local villagers living near or within wildlife sanctuaries and biodiverse hotspots who end up posing the greatest threat to endangered animals. That’s because local people regularly come in contact with wild animals, know their ranges best, and also have the easiest access to them. And far too often they may kill the animals either for their own use or else to resell them to wildlife traffickers for some easy money on the side.

That is why no conservation effort can succeed for long with help from local villagers. Conservationists are well aware of this fact and have long been running educational programs in Malaysian communities with a view to raising awareness among local people of the importance of wildlife protection. Among the initiatives have been ones that enlist local people into the ranks of Honorary Wildlife Wardens, whose tasks involve helping professional wildlife officials protect animal sanctuaries and nab poachers, if need be.

These efforts have borne tangible benefits. Recently, eight professional wildlife rangers and six honorary ones erected a road block along the Keningau-Kalabakan highway in Sabah. There, they stopped a four-wheel-drive vehicle with seven people, who turned out to be transporting dried bushmeat illegally. The meat came from several different species, including wild boars, barking deer, monitor lizards, mousedeer and flying squirrels.

Score a small victory up for community-assisted wildlife conservation: The culprits were local people, but so were some of those who helped apprehend them. And locals committed to the cause of wildlife conservation can do far more than merely help out with the arrest of poachers and traffickers: they can serve as the eyes and ears of wildlife protection officers, who themselves are often seriously undermanned for the task of effectively monitoring wildlife habitats. 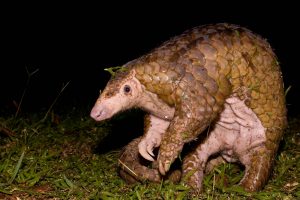 Pangolins are gentle creatures at risk of extinction because of an insatiable appetite for their meat and scales. Photo Credit: WWF

A noteworthy example in the region for such community-assisted wildlife protection is the Pangolin Conservation Initiative. Sunda pangolins (Manis javanica) – unique creatures covered in scales and with a sweet tooth for ants and termites, which their scoop up with their long, sticky tongues – are among the most poached animals on Earth. Over the past decade, conservationists estimate, more than a million pangolins have been taken from the wild around the globe. The reason: their meat is considered a delicacy in countries like China and Vietnam, while their scales are presumed to have medicinal properties (which they don’t).

The insatiable appetite for pangolins are driving the species extinct in the forests of Malaysia, where poachers try to seize the animals any chance they get in the hopes of selling the animals to Chinese traders for a healthy profit. Some unscrupulous locals are willing to lend a hand to traffickers. This past February, a local man was stopped at a road block along the Sandakan-Lahad Datu segment of a local road: he was carrying 25 live pangolins squeezed into small cages in the trunk of his car. Ironically, the day of his arrest, February 20, marked World Pangolin Day.

Conservationists know full well that they cannot win all local people over to the cause of wildlife protection (there will always be bad apples with a taste for bushmeat or with a penchant for making a quick buck from the sale of wild animals), but if you can win a critical mass of people over, you can make a big difference. The new Pangolin Conservation Initiative (PCI), which is the world’s largest such conservation project for the scaly mammals, is trying to do just that across several key nations, from Malaysia to Thailand, in order to save these critically endangered flamboyant creatures from extinction in the wild.

Launched last year with help from conservationist groups like Save Our Species and WildAid, the project seeks to roll back the illegal trade in the animals both at its source and at its destination through educational campaigns and stepped-up protection measures. Working with locals to stop pangolin trafficking, the initiative will come to rely increasingly on villagers to assist  in collecting information about local pangolin populations, supporting anti-poaching patrols and alerting law enforcement officials to signs of poachers in the area.

If pangolins have a chance for survival in the wild, it will largely be thanks to local villagers who come to the aid of these wonderful but beleaguered creatures.