Human-Elephant Conflicts continue to Persist, but We shouldn’t Despair 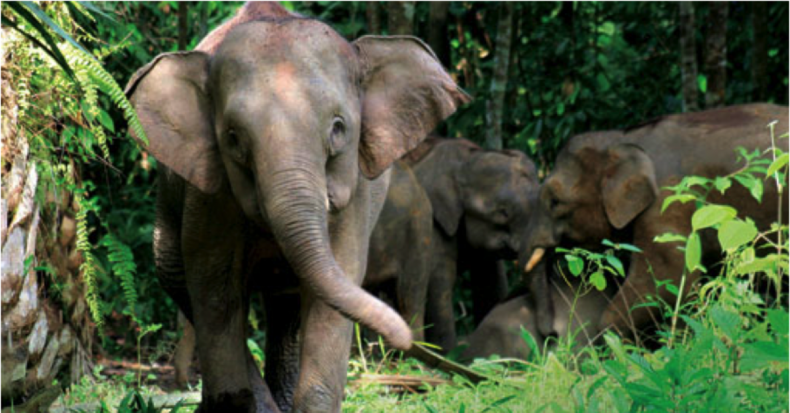 Pygmy elephants are placid creatures, by and large, but they can turn violent if they feel threatened. Photo Credit: Flickr

Pygmy elephants are placid creatures but they can turn violent if they feel threatened. If that happens, they can become a danger to themselves and people.

And so it was recently in some villages in the Telupid district of Sabah where three wild Bornean pygmy elephants, which belonged to a larger herd, began acting aggressively towards villagers. The pachyderms caused damage to crops and property as they went in search of food.

“A few (elephants) from a herd of about 20 elephants have been acting aggressively towards villagers and our rangers, especially those involved in controlling their movements,” said Augustine Tuuga, director of the Sabah Wildlife Department. “We decided to track down the few for translocation and hope to find the remaining aggressive ones soon.” 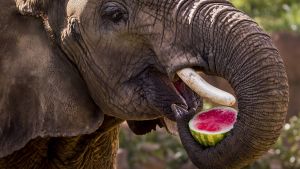 Wild elephants, increasingly deprived of their natural habitats, can’t help but come into contact with people. They may also end up raiding orchards and plantations. Photo Credit: Wikimedia Commons

This time the pachyderms were lucky. Previously several elephants are known to have been killed by irate farmers. The critically endangered animals may end up poisoned or shot, which places the continued survival of their species ever more at risk.

And, sadly, human-elephant conflicts are bound to persist in Sabah. That’s because the jumbos, which need plenty of roaming ground and plenty of food, have lost much of their natural habitat to palm oil plantations and other agricultural activities. Many of their forests have also been cut down by loggers in Borneo, which has had one of the highest rates of deforestation in the world.

Pygmy elephants, like all other elephants, follow migratory patterns and feast on a wide variety of plants. They can consume large amounts of food in a single day and so decimate crops by feeding on much of them, uprooting trees and trampling on a lot of cultivated plants. An entire herd of 20 or so elephants can create havoc.

To make matters worse, elephants’ dietary preferences expose them to increased risks of coming into conflict with humans because they may fancy a bite or two of certain cultivated crops. “Elephant raids are a major problem for plantations in areas where elephants are found,” Sabah’s wildlife director recently explained. “These herds damage oil palm trees and eat the shoots, causing the [palm oil] companies to incur big losses.”

Some of these companies are underwriting efforts by the Sabah Wildlife Department to keep track of wild herds and safely relocate them if need be. The department and environmental NGOs have been training young people in three villages (Kampung Liningkung, Bauto and Gambaron) to serve as honorary wildlife wardens. These village volunteers are tasked with monitoring electric fences that will be installed at a cost of RM300,000 in the area so as to keep elephants away from locals’ crops. 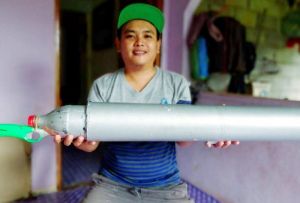 Villagers have also begun using homemade “sound bombs” that they have fashioned from lengths of PVC pipe, plastic bottles and gas lighters. They use these bombs to scare elephants away without harming them. “Previously, the (trespassing) herd would stay a week or two but now they stay longer – even over a month,” one villager explained. “So the number of elephants entering our village has grown and the situation is out of control. They not only damage crops but also property like cars.”

Then again, some enterprising villagers don’t mind the wild elephants coming near villages. They are hoping to use the frequent presence of the pachyderms to try and entice tourists to their village. “Since the elephants return every three or four months even after they are chased back into the forest, we hoped Telupid could gain prominence like Sukau amongst international tourists,” one villager said. “The presence of the elephants here can provide various opportunities, including economically.”

That is the spirit! Rather than see wild animals like elephants as pests, we can view them as vital parts of our lives and profit from their presence in ways that benefit us and them at the same time such as through.

In Peninsular Malaysia, too, initiatives have been underway to reduce the number of run-ins between people and elephants. The National Elephant Conservation Centre, a pachyderm sanctuary in Kuala Gandah in Pahang, operates a program that sees a highly trained team of elephant handlers come to the rescue of wild jumbos that come into dangerously close contact with villagers. Since the sanctuary was launched in 1989, it has helped move more than 700 wild Asian elephants from inhabited areas back into the safety of jungles. Last year alone the center relocated 31 wild elephants nationwide.

Back in those jungles, elephants perform vital ecological functions. They help smaller plants get a chance to grow by knocking down larger plants and also help in spreading the seeds of plants in their dung as they roam around forests. “However, due to habitat loss, elephants are forced to hunt for food in areas surrounding forest such as plantations and orchards,” environmental experts explain. “This initiated human-elephant conflicts when they started to raid crops on a massive scale. This is why the translocation team has such a dire responsibility to catch and relocate these elephants in order to minimize the damage and also harm to the elephants.”

People and wild elephants can live in harmony with one another. In order for that to happen, however, we will need to give elephants plenty of living space and afford them the respect that they deserve.